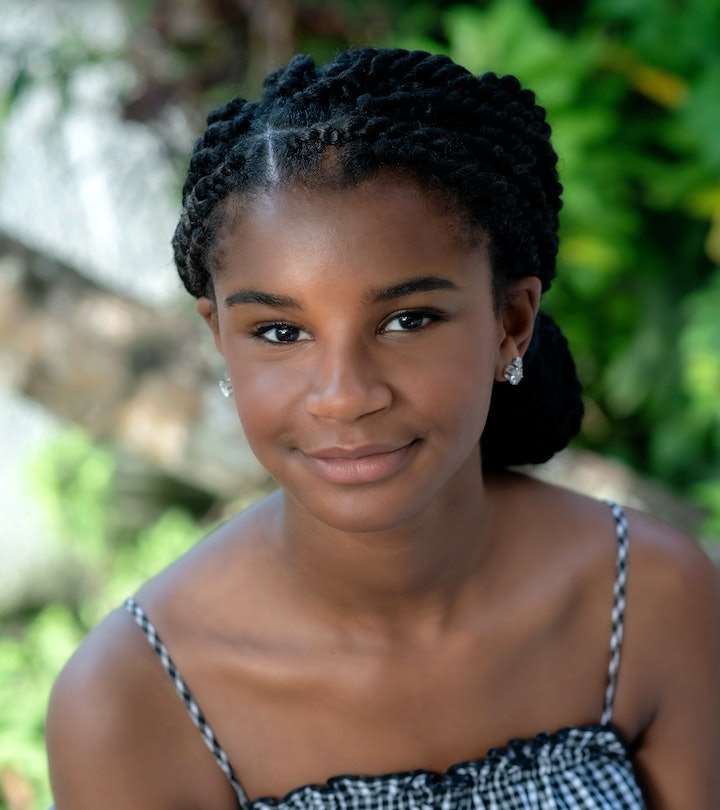 "The goal is for girls to see these stories and feel encouraged to use their voice for good, too."

In a world where we can't waste one minute ignoring the injustices and barriers marginalized groups face, American Girl is putting its shoulder to the wheel of social impact and equality by kicking off a new series, Conversations for Change, on the American Girl website as part of the brand's 35th anniversary Making HerStory program. The beginning of their 2021 series on impactful topics and the conversations will consist of letters and videos allowing little girls to hear the stories of real-life change-makers and activists who are not much different from them, like teen activist and writer Marley Dias. The series of letters are a message of empowerment, showing that no matter how young someone is, anyone can make a difference in their community.

The first episode, 4 Generations of Black Voices, features now 16-year-old Dias, who shook the educational community when she was 11 years old by calling attention to the need for Black representation in children's books. She started her international campaign #1000BlackGirlBooks to collect and donate 1,000 books with Black girls featured as the lead character, and the campaign was immensely popular with millions of people (including organizations) joining in. She's now collected and gifted over 13,000 books to schools and youth organizations.

"Oh my god, this is so cool," was Dias' first thought when she was called to be a part of this series, she tells Romper. And it's not the first time she's been connected with the powerhouse American Girl brand. During her #1000BlackGirlBooks campaign, American Girl donated a number of books in their Melody series, which features a lead Black American Girl, Melody, set in 1964. "I thought it was so cool to see my campaign and American girl connect again in this different way," Dias says.

For her part in the conversation series, Dias wrote a letter sharing what it felt like when her campaign took off and how important it was to be supported by her community. The more her voice and mission have been heard, new positive changes happened. "My old elementary school assigned a Black girl book for the entire 4th grade," she says, adding that the campaign has inspired more and more schools to take a look at their libraries and ensure there are enough diverse books. The Southern Poverty Law Center even developed a curriculum based on her campaign.

"The word 'conversation' is important here," says Denise Lewis Patrick, author of American Girl (Black heroines) book characters Melody and Cecile, and speaker in the Conversations for Change series. "We're living in a time when most young people are keenly aware of what's happening in our world, and they feel some kind of way about that." Patrick, a parent and grandparent, recognizes that children experience a ton of different emotions, and says adults should first listen and then encourage open dialogue. That's what this series aims to do.

These conversations are a step toward identifying and addressing injustices, and American Girl is amplifying the voices of those who are most affected. "As a Black person, I don't often feel like our society understands or highlights our Americanness," Dias says. "It feels great to see that a company that's been around a long time understands and wants to tie these two ideas together."

Dias knows that her campaign's success was because of the enormous support from her parents and village. In her letter, she advises caregivers and educators to make it safe for Black girls to ask questions and express their ideas. "When these things happen, Black girls will feel supported, and it is this support that will help them feel like they can do anything, including changing the world."