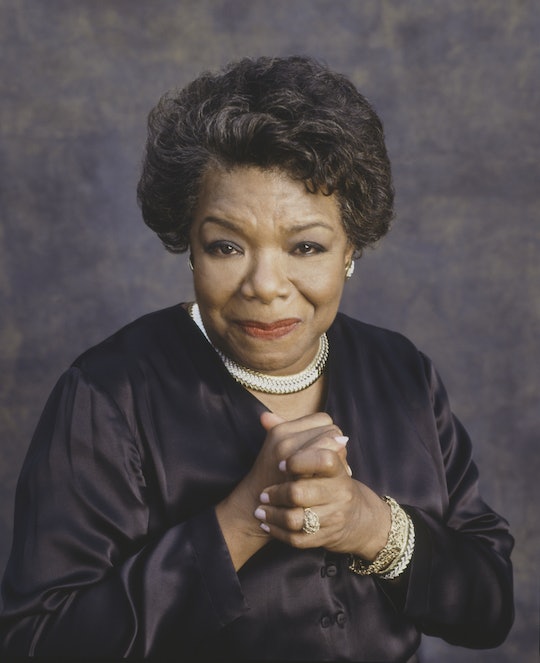 Maya Angelou Becomes First Black Woman Ever To Appear On The U.S. Quarter

It’s been eight years since Maya Angelou left us but she continues to make her impact on the world. On Monday, the U.S. Mint began circulating quarters featuring the late poet and activist, making her the first Black woman ever to appear on the U.S. quarter.

The Maya Angelou quarter is the first coin in the American Woman Quarters Program. The Still I Rise poet laureate is featured on the tails side with her arms uplifted. Behind her are a bird in flight and a rising sun. The U.S. Mint said the images are inspired by her poetry and the symbolic way she lived her life.

“Each time we redesign our currency, we have the chance to say something about our country — what we value, and how we’ve progressed as a society,” Treasury Secretary Janet Yellen said in a statement. “I’m very proud that these coins celebrate the contributions of some of America’s most remarkable women, including Maya Angelou.”

The new quarter still features George Washington on the head's side. Rep. Barbara Lee is largely credited for paving the creation of the new coin after introducing the Circulating Collectible Coin Redesign Act of 2020. “The phenomenal women who shaped American history have gone unrecognized for too long — especially women of color,” Lee tweeted. “Proud to have led this bill to honor their legacies.”

Last April, the U.S. Mint invited the public to submit names of women they view as American icons. Other women who will be honored with a coin are Sally Ride, the first woman astronaut in space; Wilma Mankiller, the first female principal chief of the Cherokee Nation; Nina Otero-Warren, the first female superintendent of Santa Fe public schools and leader in New Mexico’s suffrage movement and Anna May Wong, the first Chinese American film star in Hollywood.