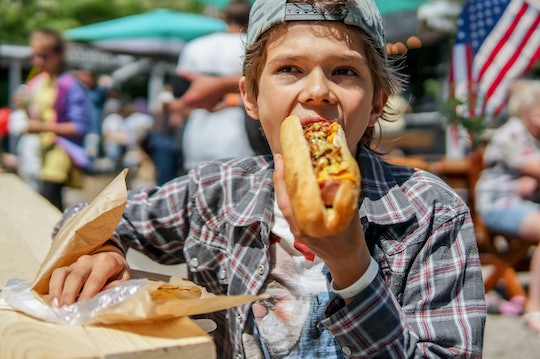 From puns to patriotic quotes.

After a very long and particularly brutal winter, Memorial Day is finally here. Most states are beginning to lift Covid-19 restrictions, which means that your celebrations might feel a little more normal than they did last year. And that actually makes sense: Memorial Day is a day to honor the men and women who gave their lives for this country, and it’s also about freedom. The unofficial summer kickoff weekend usually means barbecues, time in the sun, beach days, ice cream, and maybe even some fireworks. Whether you’re doing all of that with a small group of family or some friends, you’ll want to document it on social media. And what’s a good Memorial Day post without a great Memorial Day Instagram caption to go along with it?

After all, you know that you’re going to want to post abut at least some part of your Memorial Day, even if you’re not really doing anything besides relaxing in your backyard. Maybe you want to snap a selfie of yourself finally in the sun, or maybe you want to share photo evidence of you spending time with a few friends. Maybe you want to remember what Memorial Day is really about, and you want to honor those men and women online. Whatever the case, we’ve done the hard work for you and have put together a list of Memorial Day Instagram captions ready to be used.