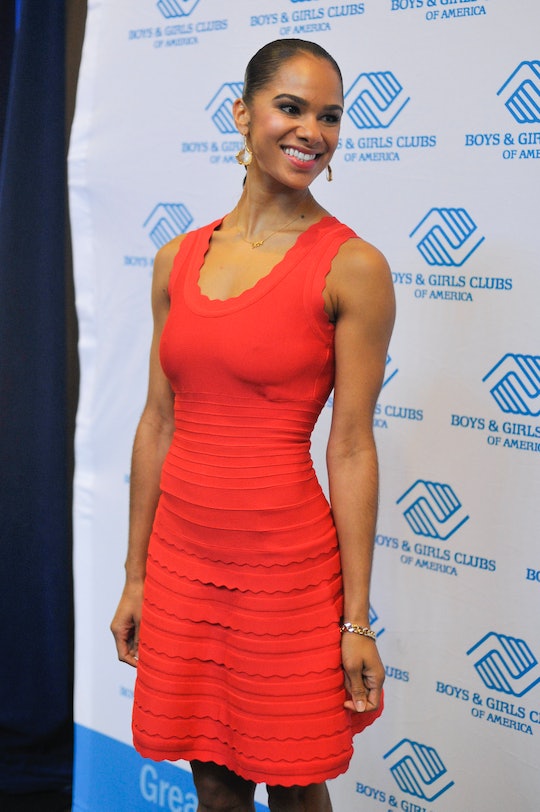 Misty Copeland is well known as the first Black woman to become a principal ballet dancer in the American Ballet Theatre. This history-making moment has pushed her to the forefront of many conversations on racial diversity in the dance world, and has led to major transformations in classical ballet culture. She has since authored two books and recently released her first children’s book, Bunheads. But if 13-year-old Misty Copeland hadn’t walked into the Boys & Girls Club, a nonprofit community organization that provides a safe place for youth, she would have never laced up her pointe shoes.

Copeland's mother and siblings lived in a motel when she joined the Club, and the dancer describes the Boys & Girls Club as a “second home.” True to their mission of being “a place where who you are, where you’re from, or the circumstances that surround you don’t determine your access to experiences or opportunities,” she says the organization embraced her like family, and exposed Copeland to a world she couldn’t have dreamt up: “It was the first time I experienced having mentors and what it meant to have someone believe in you.”

Not only was she introduced to ballet at the Club, but her mentors also nurtured and cultivated her undeniable potential. Now, Copeland uses her influence whenever she can to support their ongoing efforts to help kids in underserved communities.

In a virtual sit-down with Romper, she talks heartwarmingly about how this continued connection with the Club brings her so much joy. “It’s incredible to have been the ambassador for the Youth of the Year program these past years,” Copeland says. Every year she is impressed with the creativity and intelligence of the young people she encounters. “It just gives me so much hope for the future,” she says.

And this year, Copeland was thrilled to announce the winner of the Boys & Girls Club National Youth of The Year Award, 18-year-old Josias R. Each year, for the past 70 years, one teen is awarded the honor of being celebrated as the nation’s most inspiring teen. The winner serves as an ambassador for the clubs’ youth and a “voice for all of our nation’s young people.”

The type of person who wins this award “is someone that has really learned from all of the obstacles that they’ve experienced in their life," says Copeland. “They’ve taken all that opportunity to become a better person, to become a veteran leader. Someone who was thoughtful and willing to give back.”

We believe that every kid has what it takes.

For Josias, this couldn’t possibly be a bigger deal. He was chosen from over four million participating youth worldwide for his academic success, strength of character, and contributions he’s made to his community. But what stands out most to this reporter about this smiling young man (as he sits on Zoom in a black blazer and impressively articulates his excitement) are the challenges he’s had to overcome at such a young age.

At 11 years old, Josias was diagnosed on the autism spectrum, and he says, “I haven’t ever had this opportunity to be spoken out as a leader and represent a group of people who are super underrepresented.” The Boys and Girls Club has a Commitment to Inclusion that states, “We believe that every kid has what it takes.” A friend and staff member fully modeled this commitment when Josias was 15 by asking him to be his replacement teacher for the STEM courses at the Club. “I was pretty scared, but I was also excited because this was a new experience,” Josias says. “And as time went on, I definitely grew into the place.”

This role gave him a different eye view of the Club’s impact. “There are so many kids who are on the spectrum. I see these kids, and I see my struggles that I went through as a kid. And I feel the frustration that comes along with it and the isolation from their peers. It’s really difficult for these kids to actually find a place in school and in life. But at the Boys and Girls Club, we are such an encouraging place, and you really can take any kid and make them feel at home.” Josias gives credit to his Club mentors for sharpening him into the leader he is today.

It’s so important in a young person’s life to have that support.

Since the pandemic started, Clubs nationwide have taken many different approaches to help out. They’ve handed out meals, offered online assistance for homework, had events on the grounds, and more.

“This is what the Boys and Girls Clubs have been doing for 160 years. With crises and times of need and without,” Copeland passionately explains. “It’s a home for so many. Especially again in underserved communities — to be able to have some sense of stability and security. It’s so important in a young person’s life to have that support.”

Copeland and Josias have this in common — they are now alumni of an organization that changed their lives, and they encourage others to find a Club to join or become a volunteer.