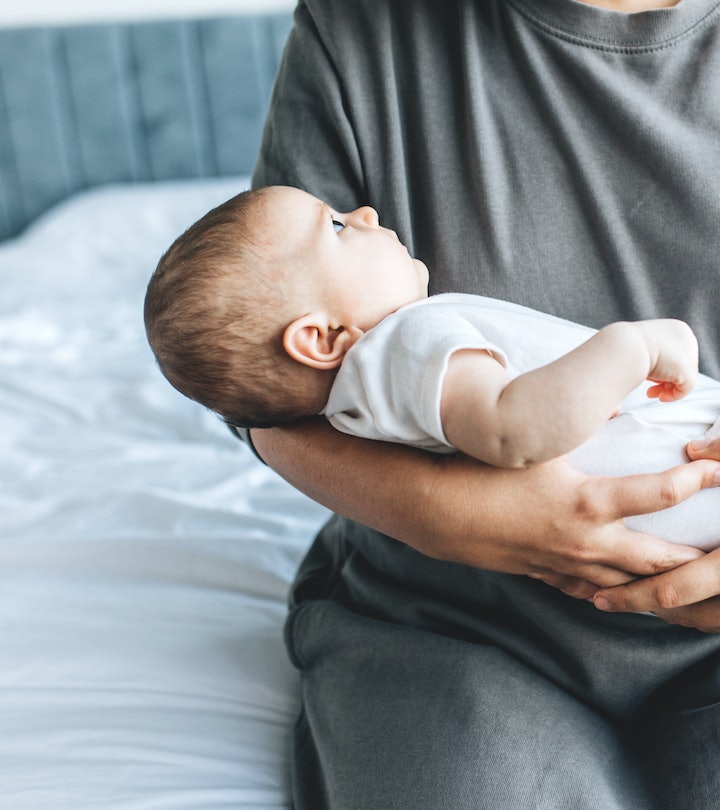 And this has got to change.

Sleep deprivation is no joke. Not getting enough quality zzz's can impact your health in a slew of ways. And yet, a new study has found that sleep deprivation is a reality for many moms with multiple kids who get worse sleep than those with just one child. That's not entirely shocking, of course, but according to that same study, dads appear to be getting the same sleep whether they have one kid or several.

For the small study, published in the Journal of Sleep Research, a team of researchers led by doctoral student Samantha Kenny from McGill University in Montreal, Canada studied sleep patterns of 111 parents, consisting of 54 couples and three mothers of single parent families whose sleep patterns were tracked over the course of two weeks. Within those two weeks, moms of one reported a better quality sleep with fewer interruptions than moms with more than one child. As for fathers, according to the study, they did not report any change in their sleep patterns whatsoever whether they had one child or several.

The mothers of multiple children felt their sleep was more "fragmented," as researcher Marie-Hélène Pennestri, assistant professor in the McGill Department of Educational and Counselling Psychology, told the McGill newsroom. "Experienced mothers perceived their sleep to be more fragmented than that of first-time mothers," Pennestri explained. "Tension in the marital relationship may transpire if childcare is one-sided and not discussed collaboratively."

These findings are in line with a broader study from 2017 out of Georgia South University that looked at sleep patterns of 5,800 adults. That study found that women with children reported feeling tired an average of 14 days per month, while fathers did not experience any change in their sleep pattern due to children. This is not only emotionally difficult for mothers but could have long-lasting health repercussions, as study co-author Kelly Sullivan told Medical News Today. "Getting enough sleep is a key component of overall health and can impact the heart, mind and weight," Sullivan explained to the site. "It’s important to learn what is keeping people from getting the rest they need so we can help them work toward better health."

Sleep disruption and fragmented sleep in the short term can lead to psychological issues like mood disorders and stress, according to the National Library of Medicine, and in the long term can contribute to serious issues like obesity, chronic illness, and even cancer.

Moving forward, McGill researchers are aim to recommend interventions to ease sleep deprivation for moms by encouraging a more equal balance of childhood tasks during the day as well as at night.

Kenny. S (2020) Mothers’ and fathers’ sleep: Is there a difference between first‐time and experienced parents of 6‐month‐olds?, Journal of Sleep Research https://onlinelibrary.wiley.com/doi/abs/10.1111/jsr.13238

More Like This
New Infant Safe Sleep Guidelines From The AAP Discourage Bed-Sharing
Ketanji Brown Jackson Spoke Directly To Her Daughters In Her Powerful Opening Statement
6 Takeaways From The White House’s First-Ever Parents Press Conference
Catherine Reitman Calls It Like She Sees It: “Being A Working Mother Is Impossible”