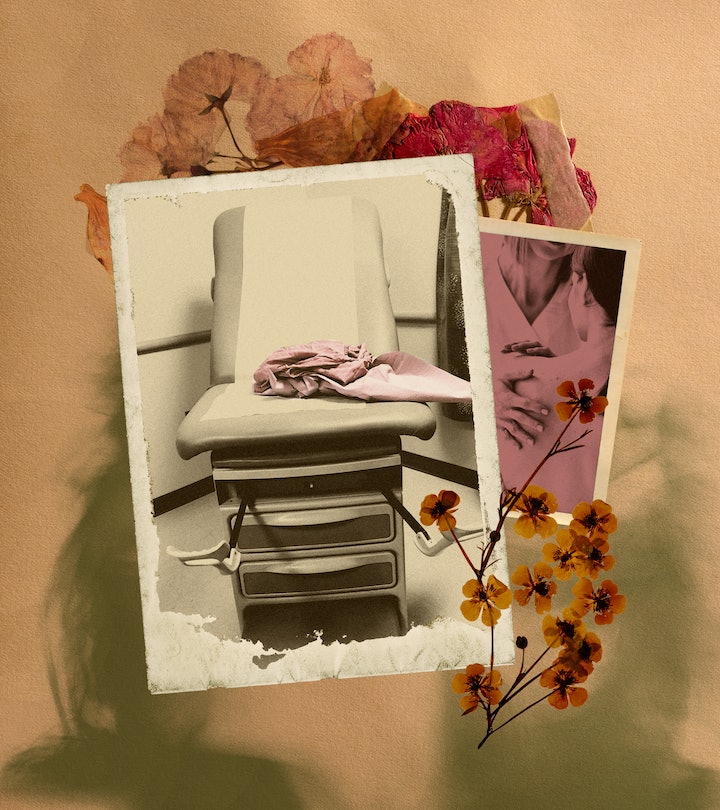 My Abortion Saved My Life

While my story is a tragic one, not all are — and it doesn’t, and shouldn’t, matter.

When my period didn’t arrive, I knew. I just knew. In the bathroom of the Walmart where I bought the $10 pregnancy test, I sat on the toilet and wept. Not only because I’d been raped, and not just because of the shock of the test — but because I’d been lied to my whole life. My abstinence-only education had led me to believe you couldn’t get pregnant from rape. Yes, I was terrified of STDs (and later found out I contracted chlamydia from my nightmare), but everyone knew that your body couldn’t get pregnant if it was forced.

“Don’t have sex before you’re married.”

These were the chief reasons my small, conservative community gave as to why abortion could and should be illegal — because only girls who had sex outside marriage would need an abortion. I vividly recall a Bible teacher telling me, “It just doesn’t happen. God won’t allow it.” It’s a dangerous belief that is still widely held.

I’d never had sex before being assaulted, and certainly hadn’t since. I thought I should’ve been in the clear, but here were two bright blue lines telling me that I wasn’t.

Whether it was the alcohol, the weed, or a trauma response, my memory from the night of my rape is spotty. Much of it is a blur, but there are also glimpses I remember with perfect recall, sharp enough to slice through me when I least expect it.

I remember having a great time at the bonfire party I hosted with my roommates. I’d just moved into an old farmhouse not too far from my parent’s place in rural Ohio, feeling so independent at age 19. The evening started out like every other late-spring barbecue, with overflowing cups of fruity punch made with high-proof alcohol and an absolute ton of weed. At one point I was, arguably, having the time my life. I remember saying goodnight to a cute guitar player I’d met, making my way through the crowd into the house.

I know that somewhere between the back door and my room in the attic, they grabbed me. I remember being groped by hands roughened by rope. If you know a cowboy, you know that feeling.

“She’s so trashed, but look at her tits!” I remember one of them saying. Another smelled of sour cream and onion chips. His laugh echoed in the small space. I remember that when I fought back, I was rewarded with a punch to the side of my face that left me with a black eye, cheek, and temple for well over a week.

But that wasn’t the only parting gift I received for my torture.

When I took a friend in confidence, one whom I knew had experience with such horrors, she confirmed my worst fear: likely, there was f*ck-all I could do. Sure, I could report it, and had I not been completely in denial and incapable of making decisions in the aftermath, I would have, but I had no idea who my rapists were.

Still a teenager, I thought to myself, “What are they going to do, give a DNA test to the 60 guys who were at the party?” Maybe they’d just limit the pool to men with rope callouses, or those who ate foul-smelling chips. I knew two things for sure — one: I would be questioned about how much I’d had to drink, and I worried the authorities would blame me because of it; and two: my parents would find out. Some shame-ridden part of me worried about this more than anything. Some shame-ridden part of me still does.

At that point, I seriously contemplated killing myself. I went over plan after plan in my head. How I could do it, what I’d write in my letter — but I couldn’t, because then my parents would know I’d gotten pregnant, wouldn’t they? Some postmortem blood test or autopsy would let that fact slip.

The longest, loneliest two weeks of my life.

Even though my education was lacking, I knew that abortions were legal and not hard to get in Ohio in 2003. This became my light at the end of the tunnel. A way I could live. So, I opened my phone book, and right there under “Abortion” was the name and number of a clinic about 18 miles from my house. I called them from the phone at my job, irrationally worried someone would see the number on my phone or my phone bill and know what I was doing.

In Ohio at the time, you had to take a urine test, which I did the very next day, then come back for an ultrasound before you got an abortion. The test and ultrasound were free. The abortion was $425. Thankfully, I’d just received my tax refund that week, and I had the cash. The ultrasound found that I was about seven weeks along. My periods have always been highly irregular, so I didn’t know for a few weeks that I was even pregnant. I scheduled my abortion for their first available appointment, two weeks later. The longest, loneliest two weeks of my life.

My best friend and his boyfriend drove me to my appointment and used their bodies to block me as they ushered me past the pit viper protestors screaming at me from the sidewalk. “Murderer,” “baby killer,” “f*cking whore.” I kept my head down. I was so worried that one of the protesters would be someone who knew my parents that my blood pressure was almost too high to do the procedure.

The whole thing took a matter of minutes, and after it was done, I was sore and still traumatized, but a huge weight had been lifted. I’d never be the same, but I could find a way to move on.

And I did. I went to college, got married, had kids, started a career, and have had opportunity after opportunity to advocate for others like myself. But I’ve never told my story before now. Not before I spent all night earlier this month sobbing for the people of Texas who might find themselves in similar situations to mine, and have absolutely no choice but to remain pregnant and carry that child to term. The rape, the forced pregnancy, the forced birth, the forced decision to keep the baby or give it up for adoption. Trauma after trauma.

I worry for their mental health. I worry that more people will go the route I almost did. I worry that some will try and fail and then be sued for $10,000 because their incomplete suicide led to a miscarriage. There’s no language in SB 8, the “ban and bounty” law of Texas, that protects against that.

But it’s of course not just rape victims who need and should have access to abortions. This medical procedure should be safe and accessible for all pregnant people who desire it, regardless of the reason. Yet this latest abomination of a law in Texas is only the latest assault on our right to choose, and it will not be the last.

While my story is a tragic one, not all are, and it doesn’t, and shouldn’t, matter. Abortion is health care — full stop. One in 3 people who can become pregnant will have an abortion before the age of 45, and people who are already parents have more abortions than any other group.

Anti-choicers never care if ending a pregnancy is saving someone’s mental health — even preventing a suicide. In my case, it did. I expect in many cases, it does. I worry that we’re about to find out.

Being brutally raped nearly 20 years ago felt like the end of my story. But now, I am a mom. I got to finish college, fall in love, travel, get a few dogs and cats, and have two amazing, smart, wonderful children. I have a career I love in a city I adore and a family I support and that supports me. My story goes on, because an abortion was part of it.

If you or someone you know has been sexually assaulted, you can call the National Sexual Assault Telephone Hotline at 800-656-HOPE (4673) or visit online.rainn.org.