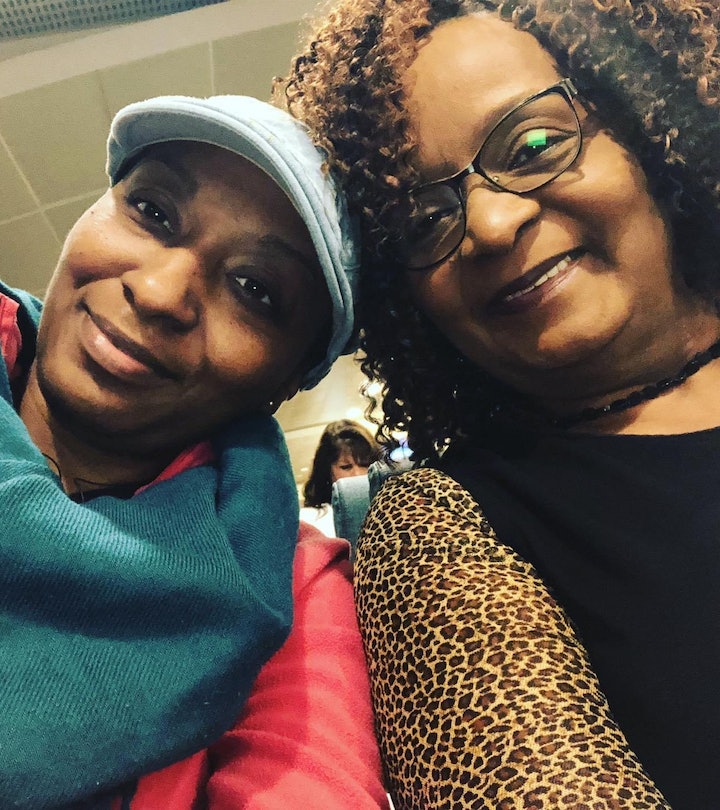 I’ve Been Mothering My Mother Since The Pandemic Began

And with all the allergies she has, I was on edge for hours after she got her vaccine.

I’ve found myself in a similar position as many other people during this pandemic — mothering my mom. She’s 67 and is allergic to pretty much whatever her body chooses to react to on any given day. So when the COVID vaccine was released, there was a consensus among her, my siblings, and myself that she would not be getting it for a while due to the risk of an anaphylactic shock for those with intense allergies.

When the pandemic first started, I had a plan to keep her safe. I did her grocery shopping so she wouldn’t have to be around hoards of people or exchange money with strangers. I tediously wiped down all her food and produce before putting it away and disposed of grocery bags because I didn’t want outside germs in her apartment. When she started making her own trips to the store to grab “small items” here and there, I wasn’t happy about it, but she did it anyway. “I’m fine. I’m being very careful,” she’d say. And to her credit, she’s stayed masked up and made smart decisions.

My mother is my only living parent; my father passed away in 2017. And although she doesn’t need to rely on anyone, my husband and I would much rather have her live with us than alone. So at the end of 2020, we finally convinced her to move in, and I no longer have to pick up the phone and call her every morning and evening to check on her. It’s just a quick walk down the hall, and I can get a mama hug whenever I want. This transition has been a blessing for her and us, and a weight is lifted knowing that she’s safe.

But COVID is still out there, and my mom is not only a part of the most vulnerable group because of age — she’s Black. The CDC reported that eight out of 10 COVID-related deaths in the US have been senior citizens over 65. And for a host of different reasons, including implicit bias and racism in hospital systems, Black people have been disproportionately dying from the virus.

With each call that another family member had contracted COVID, it felt like a circle was squeezing in around us. Then I received a text from mom — “I’m getting the JJ [Johnson & Johnson] shot in 10 mins. Can’t talk right now.” It caught me totally off guard. And while I was relieved she would be vaccinated and proud that she was taking this step, I worried about possible side-effects and that we hadn’t discussed it or planned for it. I would have at least wanted to be with her. But my mom had done her own research. She found that this particular vaccination was safer for people with allergies.

The next few minutes were long and a quick blur at the same time while I waited on her to let me know how she felt. When she walked through the door, I looked at her eyes, watched her breathing, and discreetly scanned her exposed skin for hives when she wasn’t looking.

“Would you tell me if you aren’t?”

Should I believe her? My mom's generation is the suck it up and deal with the pain crew. She doesn’t like to ask for help and doesn’t ever want to be a burden. My recourse was to stop asking and simply turn my own mommy senses up and watch her like a hawk. The way I watch my own kids. The thought of it took me back to every time my girls have been sick and the feeling of not being able to take a full relaxed breath until they were fine. But so far she seemed OK.

In the middle of the night, I climbed out of my bed, walked down the hall, and tapped on her bedroom door. She’s such a light sleeper that she normally can hear the faint tap and will answer. There was nothing. I listened harder and could hear snoring so I tip-toed in and gave her a once-over. She checked out.

Her symptoms the next day were heavier, but only included fatigue. Good. She doesn’t sleep enough as it is, I thought.

There’s a relief and weightlessness when my kids feel better after being sick. Or when they’ve had a slight fever and I’m watching to make sure it doesn’t get worse, but then they ask for a meal and start bouncing and playing. It was the same with my mother. I gave her space and let her rest. Two days later she was back to playing with her grandkids and going to work. And just like that, I relaxed the tension in my shoulders and could take a full breath.

She’s a blessing to me. And I need her to be OK.