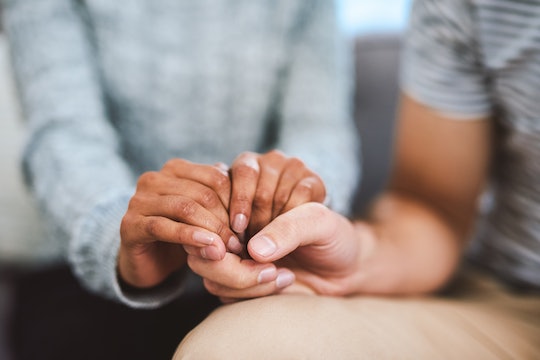 “The grief that comes with miscarriage is not a sickness; it is a loss.”

To provide grieving parents with time to heal and cope with their loss, New Zealand employers will be required to offer workers who suffer a miscarriage paid leave. The bill, which was put forward by Labour MP Ginny Andersen, was passed without dissent on Wednesday, making New Zealand only the second country to have such a policy in place.

Andersen said during a reading of the bill that the new measure aims to give grieving parents "time to come to terms with their loss without having to tap into sick leave.” She added, “The grief that comes with miscarriage is not a sickness; it is a loss.”

Andersen told The New York Times that she “felt [the paid leave] would give women the confidence to be able to request that leave if it was required, as opposed to just being stoic and getting on with life, when they knew that they needed time, physically or psychologically, to get over the grief.”

Jan Logie, a member of the New Zealand Parliament who supported the passing of the bill, said that one in four women in the country experience a miscarriage, according to The Guardian. “It is an incredibly normal experience, but normal doesn’t mean easy; it doesn’t mean without pain,” Logie said. “But we have for a long time, through silence and stigma, forced women — primarily women — into actually just pretending as if it hasn’t happened.”

In a tweet about the new law, Andersen said she hopes “it gives people time to grieve and promotes greater openness about miscarriage. We should not be fearful of our bodies.”

A new bill in New Zealand allows paid leave for both parents after miscarriage.

The bill, which does not include women who have ended a pregnancy through abortion, according to ABC News, will pass into law once it receives royal assent.

The passage of this bill will hopefully go a long way to ending the culture of silence that has long weighed heavy on parents who have experienced miscarriages, a topic Andersen has been passionate about for years. “The lack of clarity has meant some women have been in the position of having to argue with their employer about whether they are entitled to leave because they have lost their unborn child,” Andersen said in a 2018 interview with The Guardian about miscarriages being a taboo subject. “A lot of women have had more than one miscarriage and it can be very traumatic and difficult if you are trying to hold down a job.”

In the United States, there is no federal paid leave for miscarriages. In fact, few countries offer much in the way of supporting parents who have suffered a pregnancy loss. In Canada, the province of Ontario offers a woman 17 weeks of unpaid pregnancy leave if she has a miscarriage 17 weeks before her due date, and in the United Kingdom a six-week bereavement leave is offered to women who lose a pregnancy after 24 weeks. In Australia, women who have miscarriages after 12 weeks are allowed to take unpaid leave. All unpaid. And no partner included in the leave.

Now, along with India allowing women to take six weeks of leave after a miscarriage, according to CNN, New Zealand is paving the way for other countries to offer parents bereavement leave.

More Like This
Robb Elementary School Is Set To Be Demolished After Deadly Shooting
Family Of Grandfather Killed In Highland Park Mass Shooting Say He "Saved" Their Lives
Ketanji Brown Jackson Spoke Directly To Her Daughters In Her Powerful Opening Statement
AAP Says Kids Will Face "Grave Consequences" Now That Roe V. Wade Is Overturned