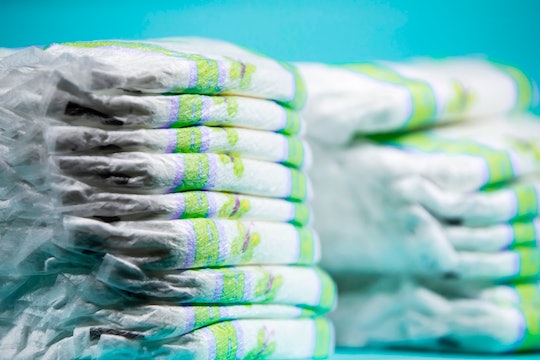 “This is not public safety.”

The New York Police Department recently took to Twitter to announce the arrest of “12 individuals following an enforcement initiative targeting shoplifters” in the Bronx. What were these people shoplifting? According to the photo that accompanied the since-deleted tweet, it was diapers, cough medicine, and laundry soap. In other words, things people need to provide the basic necessities for their family. The response to the “recovery of $1,800 worth of merchandise” was... perhaps not exactly what the NYPD expected.

The tweet, featuring three officers and a photograph of the stolen goods, first appeared on Wednesday but was removed several hours later, The Daily Dot reported. While the NYPD did not share why the tweet had been deleted, it’s possible that the swift backlash to their big sting operation arresting people for stealing diapers might have something to do with it.

Certainly New York City public defender Eliza Orlins was not impressed when she shared a screenshot of the tweet. “The NYPD deleted this tweet, but the fact is they proudly displayed having caught people who took diapers and cough medicine. Basic. Necessities. This is not public safety. This is cruelty on display,” Orlins tweeted.

People were not impressed with the NYPD.

Orlins wasn’t the only social media user to take umbrage with the NYPD’s decision to share this news on Twitter. “Seeing the NYPD tweet about getting stolen diapers, formula, and baby food off our streets, then seeing that Eric Adams’ wants to cut every department budget except the NYPD is a good summary of how we fund police instead of basic human needs,” one person tweeted.

Another public defender wrote an example of the very real struggle to provide diapers for low-income families, “I once represented a 21 year old mother who was homeless with a newborn, because NYPD arrested her for stealing diapers from Target. And then the court fined her. They do their best to shield themselves from public criticism for the unjust things they do daily.”

Finally this person pointed out the hypocrisy of capitalism, “Capitalism takes basic needs like diapers, medicine, and laundry detergent and turns them into ‘merchandise.’ Then it impoverishes regular human beings who can’t afford those things and locks them up as ‘criminals.’ Now here comes the NYPD to boast about it.”

It is important to note that government programs like SNAP and the Women, Infants, and Children program do not actually cover diapers, which are considered “hygiene items” rather than necessities, according to the National Diaper Bank Network, which also reports that 36% of American families struggle to afford diapers.

With so many families struggling to afford diapers and other basic necessities, it could perhaps be perceived as insensitive to tweet about recovering those exact stolen items. Particularly when the families who needed those diapers will be going without. In response to Romper’s request for comment on the backlash, the NYPD replied via email with the names and criminal records for each individual arrested.

More Like This
13 Moving Photos Of Kids, Families, & More Protesting Abortion Rights Across The Country
Fox News Host Questioned Whether Pregnant Women Should Be Given "Important" Jobs
On SNL’s “Weekend Update,” Kate McKinnon Gave Advice As Justice Amy Coney Barrett
This Free Website Connects Parents Who Need Formula With Those Who Have It