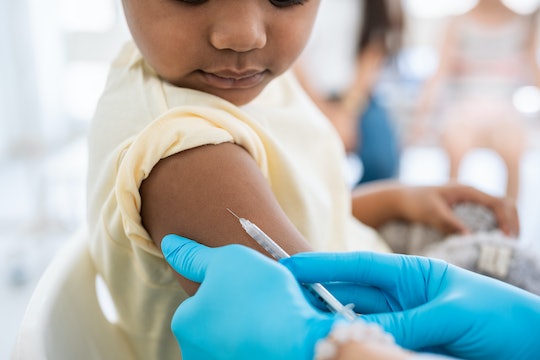 But don’t worry – it’s not all bad news!

First, the bad news: a new study has found that during the height of the omicron wave — from Dec. 13 to Jan. 30 — the efficacy of the Pfizer vaccine for children between the ages of 5 and 11 diminished. And not just diminished, but significantly diminished: from 68% effective against contracting Covid-19 to a paltry 12%. Meanwhile, though vaccine efficacy in children 12 to 17 also dipped, the difference was far less stark, going from 66% effective to 51%. The difference, the researchers believe, comes down to dosage.

According to the new study from the New York State Department of Health, children 12 and up receive the same exact vaccine, dose and all, as adults, which is a 30 milligram dose of the vaccine. For children between 5 and 11, the formulation is slightly different (though main “ingredients” remain the same) and one third of the dose — just 10 milligrams.

“These results highlight the potential need to study alternative vaccine dosing for children and the continued importance layered protections,” write the study’s authors, “including mask wearing, to prevent infection and transmission.”

This news is perhaps particularly troubling given the recent loosening of masking guidelines from the Centers for Disease Control and Prevention (CDC), suggesting approximately 70% of Americans live in low to medium risk areas. Now, many states and schools districts, heeding the new CDC guidance, are making masks optional. While many parents across social media are celebrating a mask-less option in their children’s schools, many others bemoan this turn of events.

“It’s crushing news to a lot of parents, including me, that the Covid vaccine for 5 to 11 [year olds] isn’t as effective as we all hoped it would be,” @Mssarahmssarah tweeted on Monday. “It’s even more crushing that school mask mandates are ending regardless. There’s very little protecting most kids in schools now.”

But now, the good news. While the vaccine did not effectively keep children from catching Covid-19, it was found to be protective against severe disease and hospitalization, even accounting for a significant dip. As such, the study’s authors continue to recommend vaccination among eligible children, ages 5 to 17. And while these results should be considered seriously and may well portend findings of a similar nature, this single study has not yet been officially published or held up to peer review (aka be cautious but don’t panic just yet).

Vaccination rates among children between the ages of 5 and 11 have lagged behind those of the general population. According to data from the CDC, only about 25% of this age group has been fully vaccinated, though it is relevant to note that this number varies considerably depending on location. (For example, in Vermont, more than 54% of 5 to 11-year-olds are vaccinated whereas Alabama hovers just below 9%.)

In February, the FDA announced, to the surprise (and despair) of many, that the Pfizer vaccine for children 6 months to 4 years would be delayed at least two months in order to obtain more data, specifically on the efficacy of a third dose of the vaccine, since the immune response in the traditional two-dose vaccination showed inferior results compared to older subjects, according to report. Hopefully, this new data will lead to better immunity outcomes for our youngest children than it ultimately did, it would seem, for our grade-schoolers.