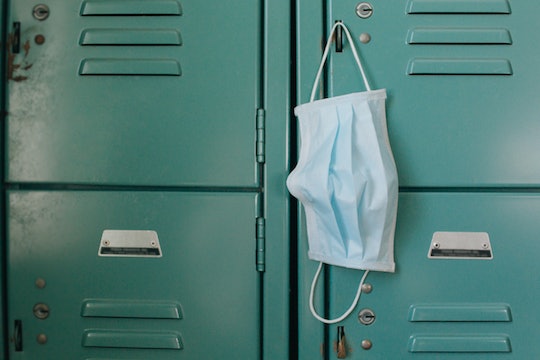 Philadelphia Schools Are Reinstating Masks (Temporarily) After The Holiday Break

Philadelphia schools have decided to reinstitute masking as a precaution after the holiday season.

Superintendent Tony Watlington announced that Philadelphia schools will mask, temporarily, upon the January return to school after winter break. “Many of us will be involved in quite a few social gatherings over the next few weeks,” he said during a press conference on Wednesday, noting that the decision was a “proactive measure” against the so-called “tripledemic” of RSV, flu, and Covid-19. The measure is only expected to be in place for the first two weeks of 2023, from Jan. 3 to 13, when classes are expected to resume fully in person.

The possibility of this policy has been in place since the beginning of the school year. The district’s Covid-19 protocols, last updated August 2022 state that universal masking may be required “in specific instances where universal masking may be required, regardless of the COVID-19 Community Level, including a classroom, school-wide, office-wide or department-wide outbreak or upon return from extended breaks and holidays when increased social gathering may heighten the risk of exposure to COVID-19.”

Kendra McDown, the district’s chief medical officer, additionally raised the possibility of this plan earlier this month, telling Action News last week “we may consider requiring masking for a time period after returning from extended breaks.” Now, with the announcement from Watlington, it’s official.

The district instituted this same policy at the beginning of the school year as well — the first two weeks of the 2022-2023 academic year began masked and were made optional thereafter. McDown referred to this as “an extra precaution for everyone’s health and well-being” at the time. In addition to masking, the district is making free at-home tests available to families at five school-based pick-up locations beginning this week. The Biden administration has, additionally, reinstated a popular program to get free rapid-tests to families via covid.gov/tests.

Year over year, the holiday season sees sharp increases in cases of the virus, peaking in early January after millions of Americans gather together with loved ones to celebrate the holidays. While this will be the first holiday season in which a majority of American adults are vaccinated, most have not yet received appropriate booster doses, so another spike is not outside of the realm of possibility. Hopefully, universal masking in Philadelphia schools will help curtail an increase in infections.

More Like This
Doctors Swallowed LEGOS To Prove Everything Is Awesome For Kids Who Do The Same
Does The FDA's Plan To Limit Lead In Baby Food Go Far Enough?
Michigan Right-Wing Group Wants To Erase LGBTQ+ Sex Ed
Teacher Shot By 6-Year-Old Student Told School He Had A Gun, Was Told To "Wait"
What Parents Are Talking About — Delivered Straight To Your Inbox