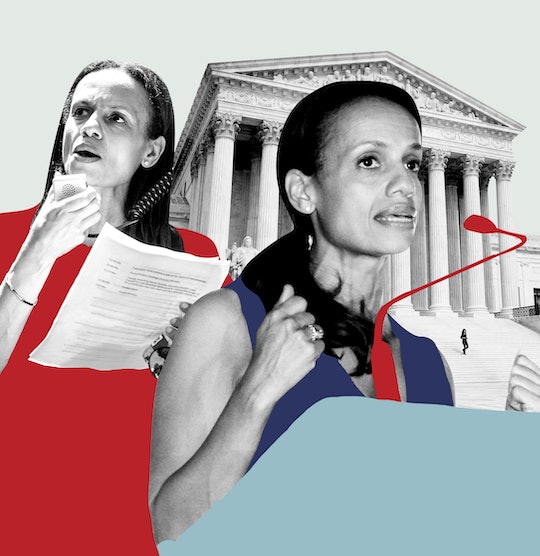 We Got This Far Because Moms Got Mad. Let's Keep Going.

Four years ago, many of us woke up in a country we didn’t recognize, even though it had been there all along. And we got to work. This week’s hard-fought, resounding victory is the result of that work.

Mothers especially got mad. Moms organized Women’s Marches across the country, lawyers flooded airports to help people stranded by Trump’s Muslim ban, Black women made Black Lives Matter the largest protest movement in history. We raised our voices together to demand an end to family separation at the border, and in defense of DREAMers. When Marjory Stoneman Douglas students were forced to watch their friends die in shootings, they mobilized the massive movement against gun violence that the adults in power hadn’t. By rallying and organizing and calling Congress, millions fought off Trump’s threat to defund Planned Parenthood health centers, which provide STI testing and treatment, birth control, gender affirming care, and, yes, abortion.

They couldn’t have done it without us.

This week, President-Elect Joe Biden and Vice President-Elect Kamala Harris defeated the Trump administration's legacy of division, fear, and cruelty with a vision for rebuilding better — and they couldn’t have done it without us.

This week, I am celebrating how we made this happen. I know you’re celebrating too. We deserve it. Breathe it in, do a happy dance, revel it in. We’re sending leaders who value us and will protect our rights to the White House.

But no matter who is in the White House, our work is far from done.

The traditional power brokers don’t expect us to keep up the momentum we’ve built. That’s not politics as usual, but most parents aren’t politicians. Usually, people come together to elect a candidate or enact a policy, then go back to our silos. Not us. We’re building infrastructure together — at the intersection of the issues we care about.

We still have work to do — because Trump isn’t the whole problem. The foundation of this country was built crooked. Power in this country hasn’t belonged to the people… ever. It’s in the hands of lawmakers like Senate Majority Leader Mitch McConnell, who will stop at nothing to control our bodies. In the last four years alone, the Republican majority has appointed over 200 judges, including 1 in 3 federal appellate judges — the folks who decide just how much the government can interfere with your access to birth control or abortion.

The Senate may have put COVID relief on hold, but the virus doesn’t care. We need to continue to put pressure on Congress to fund testing, tracing, and treatment, relief for first responders and health care workers, and unemployment benefits for the millions of Americans out of work.

It’s always been about power.

We’ll never forget how McConnell and Senate Republicans replaced Ruth Bader Ginsburg eight days before election day, but you can’t let the courts be something you only think about when there’s a Supreme Court seat up for grabs. Hundreds of cases that are equally, if not more, important to our lives go through the lower courts every year. At the same time, the Affordable Care Act will be challenged before the Supreme Court today. And there are 18 abortion-related cases just one step from the Supreme Court. Who gets seated in our federal judiciary matters. The cases that come before those judges and justices matter.

They’ve also done everything they can to silence us—including through voter suppression and intimidation. It’s always been about power.

But elections — even this presidential election — are just moments in movements. They’re not where movements end. If you want to be able to decide when and how to grow or start your family, we need to stay organized. If you want your kids to grow up in a world where they live free from police violence, on a planet that isn’t LITERALLY on fire, we need to keep fighting. And if you want to make sure we all have health care that covers preexisting conditions in the middle of a pandemic, we need to stay focused.

I know how many of us feel right now. Exhausted, for one. If you’re like me, you’re feeling rage at Zoom school, grief as we mourn friends and family lost to COVID-19, worry at how we’re going to keep our families afloat as hundreds of thousands of women have left the workforce since the start of the pandemic.

But that’s exactly why we need to fight. So here’s a plan:

59% of Americans who seek abortion are mothers making the best decisions for their families.

59% of Americans who seek abortion are mothers.

No matter what happens in the White House, what we’ve done in the last four years has made change. In Colorado, voters elected John Hickenlooper, with his long and proud record of expanding access to sexual and reproductive health, to the Senate. While they were at it, they rejected a ballot measure that would have arbitrarily banned abortion at 22 weeks. The people of Arizona showed up and created a new path to protecting our rights and health by electing Mark Kelly to the US Senate. Cori Bush made history as the first Black woman to represent Missouri in the House of Representatives. Sarah McBride became the first ever transgender state senator.

We know the system wasn’t designed for everyone — it was designed by and for the white, the rich, the male. The guys whose portraits line every marble hall in Washington, D.C. and state capitals across the country. But they’re on notice now.

We’re demanding a seat at the table we, the people, built. And when we get there, we’re going to pull up some extra chairs and bring all our friends. Because this movement is for all of us — including you. I’m so glad we’re in this fight together.