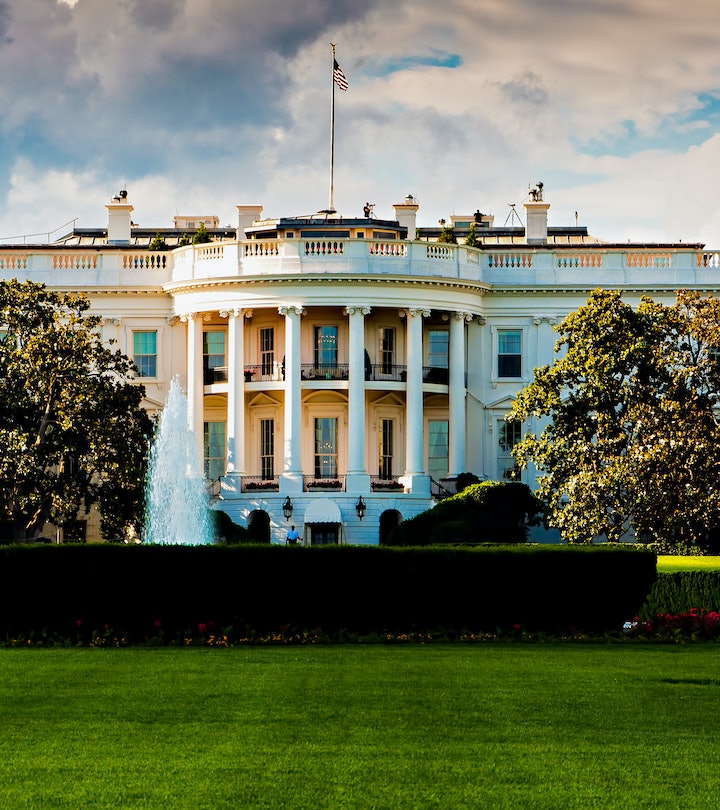 20 Presidents’ Day Riddles To Entertain Your Kids & Annoy Your Spouse

Guess which president could walk on stilts.

Presidents’ Day isn’t exactly favorite holiday material. It doesn’t have the sweets and treats of Valentine’s Day or the mischief and merriment of St. Patty’s. It could never compare to the magic of Christmas or the fun of Halloween. But for history buffs who love a good piece of presidential trivia, Presidents’ Day is as good a reason as any to bust out some brain teasers and tell Presidents’ Day riddles to anyone who will listen.

Presidents’ Day is celebrated annually on the third Monday in February, which happens to be the 21st this year. As History.com explains, the holiday was established in 1885 as a way to honor George Washington around his birthday, which fell on February 22. Today it’s a celebration of all presidents, and for some, a bonus day off of work.

So, if the kids are home from school and you’re off for the day, add a little education in the form of these Presidents’ Day riddles. They’ll have fun trying to guess the president from your hints, and maybe you’ll learn something new, too.

Presidents’ Day Riddles That Will Actually Teach You Something

More Like This
Yes, Your Young Children Belong At Abortion Rallies
From Captions To Gifts, These Are All The Kindergarten Graduation Ideas You Need
Lego’s Newest Set Imagines Vincent Van Gogh’s Starry Night In Brick Form
15 Beautiful Father’s Day Poems That Say It All