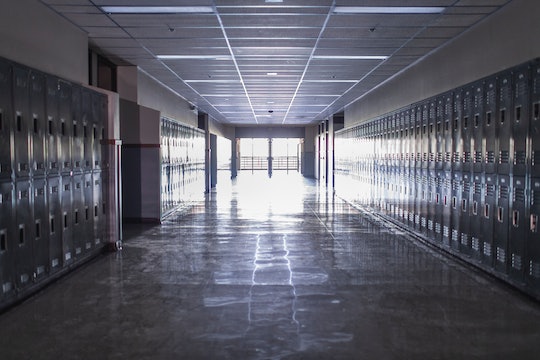 Across the country, illness and school closures are creating big problems for families.

If you find yourself questioning whether this season’s bombardment of viruses is worse than usual or if we’ve collectively forgotten what a typical cold and flu season is like post-Covid, you should know you’re not imagining things or overreacting. Soaring rates of RSV, respiratory syncytial virus, and the flu across the country are becoming major causes of concern. Not only has the uptick of new cases of prompted a rash of school closings across the country, but according to data from the Bureau of Labor Statistics (BLS), parents and caretakers are missing work due to childcare issues at record-breaking rates.

In North Carolina, Aquadale Elementary and South Stanly Middle School closed down for a few days due to respiratory illnesses. “We have collaborated with local and state health officials and at this time we will be closing these schools for the next 2 days to mitigate the spread of the illness and will move to remote learning,” district superintendent Jarrod Dennis announced in a message on Facebook. “We understand the impact this will have on students, staff, and families and appreciate your support and understanding as we put the health and safety of our students and staff as our top priority.”

In Alabama, Austinville Elementary decided to go virtual for two days in lieu of in-person learning because so many students and teachers were ill. “The Decatur City Schools said nearly 100 students and about 30% of the school's staff have been absent due to fever and other symptoms, with 17 students being sent home on [Oct. 24] alone,” local news station WAFF reported.

Louisiana currently has the highest flu rate in the country, according to the Walgreens Flu Index, and this statistic has trickled down to schools too. The Brighton School, a private K-12 school located in Baton Rouge, also shut down as a result of spreading viruses. Administrators decided to close the school when it was reported that “one-fourth of students and one-fifth of teachers are out sick with the flu.”

Stafford High School in Fredericksburg, Virginia also had many students call in sick, but decided to stay open as recommended by the Virginia Department of Health, despite the fact that hundreds of student were ill. With attendance dropping from 1,000 to 670 students, sporting events and extracurriculars were called off. There was also an investigation into possible contamination of school water fountains and food.

In the Elmbrook School District of Wisconsin, parents were notified of high absence rates, between 5% and 15% in some schools. Tom Haupt, an epidemiologist with the Wisconsin Department of Health Services, explained that RSV cases are unusually high. “This is normally what we'd see in the middle of January, in typical years historically speaking...It's a very early season.” Haupt said, as reported by WISN. “We don't know how long it's going to last.”

The effects of these staggering rates of illness do not stop at school. The U.S. Bureau of Labor Statistics (BLS) reports that 104,000 parents missed work due to “childcare problems” in October. While rates of absenteeism for this reason tend to go up as fall progresses, this number is unprecedented. On average, looking at the previous 10 years of data, around 35,000 parents missed work due to childcare issues in the month of October. When you factor out the second highest year in that period — 2020, which had 93,000 parents miss time from work, almost four times the 2019 number — the average drops to 29,000. In other words, this year’s problem is anything but normal, as evidenced by the BLS data below:

While high rates of sickness among children is certainly a main contributor to this issue, it is not the only factor. The country is still facing a childcare crisis in the wake of a post-Covid mass exodus of teachers and daycare workers. According to the latest BLS data, there are approximately 85,000 fewer daycare workers than there were in February 2020. Teachers departed their profession at similarly dramatic rates. In other words, if there’s an RSV outbreak in your child’s daycare or school and the teacher falls ill, there is less likely to be someone to cover for them, meaning parents have to take off work because there’s no one else to care for their child. On Twitter, @ErikaLougheed summarized a major issue with this problem, noting that they are “constantly having to stay home and miss work ... No paid sick days, or pay, and I get demerits when I don't go in to shifts.”

To stop the spread of viruses like flu and Covid-19, some districts, such as the City Schools of Decatur Georgia, are partnering up with their local Board of Health to offer vaccines programs in schools to anyone age 5 or older. Incentives like gift cards or the opportunity to meet Mrs. Georgia Global Continental 2023 were also on the table to entice community members to be proactive and get jabbed.

With the RSV and flu viruses wreaking havoc on schools nationwide, parents and administrators are rightfully concerned about their students’ wellness and uninterrupted access to learning. As a result of so much missed in-person learning during the pandemic, test scores dropped to lowest levels in decades. For the sake of our children’s healthy bodies and brains, the RSV vaccine can’t come soon enough.

More Like This
Teacher Shot By 6-Year-Old Student Told School He Had A Gun, Was Told To "Wait"
Florida Teachers With “Unvetted” Classroom Books Could Face Felony Charges
Does The FDA's Plan To Limit Lead In Baby Food Go Far Enough?
I Took Drinking Out Of My Bedtime Ritual & Unfortunately, It's Great
What Parents Are Talking About — Delivered Straight To Your Inbox

This article was originally published on November 2, 2022