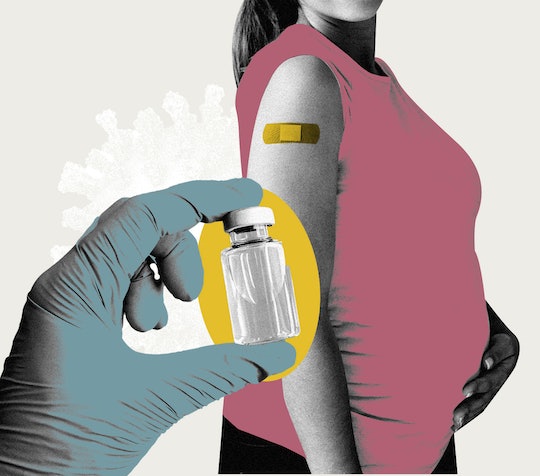 Is An RSV Vaccine Finally Close?

Two methods of protection against the deadly virus could be available as soon as next year.

In adults, respiratory syncytial virus (RSV) is just another version of the common cold. But in infants, RSV can be deadly. Globally, there are 33 million cases in children under the age of 5 every year, and about 10% of those cases result in hospitalization. Between 60,000 and 118,000 children die from RSV annually — nearly half of those deaths are infants in the first six months of life. There’s currently no RSV vaccines and only one treatment.

“RSV is by far the most common viral cause of illness and hospitalizations and deaths in young babies,” says Dr. Coleen Cunningham, chair of pediatrics at the University of California at Irvine School of Medicine. Compared to other respiratory viruses, RSV is more likely to travel from an infant’s nose and throat down into their lungs, where it causes inflammation. And because newborns’ airways are so tiny, “just a little bit of inflammation can really make them have more trouble,” Cunningham explains.

New parents hoping for an RSV vaccine have reason to hope, however. Experts expect that not one, not two, but four vaccines for RSV will become available in 2023, plus another nonvaccine method of protection.

“It’s a really exciting time,” says Tracy Ruckwardt, chief of the Respiratory Viruses Core at the National Institutes of Health’s (NIH) Vaccine Research Center, who’s been researching RSV for nearly 20 years. “When I came into the RSV field, it felt like this would never happen.”

Is there an RSV vaccine?

The recent flurry of advancements all hinges on a scientific discovery made almost a decade ago. All four vaccines train the immune system to create antibodies that attack a specific protein on the surface of the RSV virus. This protein, aptly called the fusion protein, is how the virus fuses to, and enters, a human cell. But this protein has a trick up its sleeve: It can shapeshift.

It turns out the fusion protein changes its form after it attaches to a cell. Earlier attempts to develop a vaccine for RSV failed because they only targeted the shape the protein took after it had already entered the cell, which did little to protect against infection. The breakthrough 10 years ago, made by biochemist Jason McLellan while he was a postdoc at the NIH Vaccine Research Center, was figuring out how to make a vaccine that recognized the protein before it fused to the cell, the so-called prefusion form of the protein.

Between 60,000 and 118,000 children die from RSV annually — nearly half of those deaths are infants in the first six months of life.

“What you really want to vaccinate [against] is the prefusion form of the protein. That’s the active form, the form that's on the surface of the virus,” says McLellan, who’s now a professor of molecular biosciences at the University of Texas at Austin. “But how to make that and how to stabilize it for use as the vaccine really eluded people for a long time. And that’s where my work came in.”

With the right protein form finally figured out, pharmaceutical companies were off to the races to test vaccines incorporating the new technology. Now four of those companies — Pfizer, Moderna, GlaxoSmithKline, and Janssen — are all in the final stage of multi-yearslong clinical trials. These vaccines will initially only be approved for adults (older adults also have high rates of hospitalization and death from RSV), but methods to prevent severe RSV in infants won’t be far behind.

Should pregnant women get the RSV vaccine?

One strategy being pursued is to vaccinate pregnant women in the third trimester so that the mother will pass antibodies to the infant through the placenta. This strategy is already used with the Tdap vaccine to help protect babies from whooping cough.

“If you can give the vaccine to pregnant women in the third trimester, there’s a lot of trans-placental antibody transfer,” Ruckwardt says. “So if you can boost the mom’s protective antibody response, you can protect the infant” in the first few months after they’re born.

Pfizer and GSK are both testing their vaccines in pregnant women, and results from Pfizer’s clinical trial published earlier this year look promising. Babies born to moms who had received the RSV vaccine had high levels of antibodies, and the vaccine was 85% effective at protecting against disease in the infants.

Another approach being explored is to give babies a dose of straight antibodies. These lab-made antibodies work just like the immune system’s own antibodies would, identifying the virus by its fusion protein and then launching an attack.

The only existing drug on the market for RSV, called Synagis, uses this strategy to try to prevent severe infection. But the drug works only moderately well, plus it’s expensive and has to be given monthly, so it’s reserved for the highest risk infants, such as those born prematurely.

The new antibody therapies appear to be more effective, and they only have to be given once a season. A recent study of the new antibodies, produced by AstraZeneca, found that it was 75% effective at preventing disease.

Both the antibodies delivered via injection and those received from mom last only a few months, but the hope is they would protect infants while they are most vulnerable — until their lungs get bigger and stronger and their immune system is better developed.

When will babies get the RSV vaccine?

The final option is to vaccinate infants once they’re a few months old. It’s harder to make a new vaccine for babies because their immune systems act a little differently than adults’ do, so Cunningham and her collaborators are pursuing a different type of vaccine than the adult versions.

None of these strategies will completely prevent infection. Instead, the goal — like with the Covid-19 vaccines — is to protect against severe illness and death.

The adult vaccines, including for pregnant women, and the new antibody therapies are expected to be available as soon as next year, while vaccines for infants are a little further off. Ideally, the experts say, parents and pediatricians will be able to mix and match strategies to offer babies the best protection.

“I think it’ll be some combination of this active-passive approach,” says McLellan. “Maybe you use the monoclonal [lab-made] antibody or pregnant immunization to protect them for six months, and then at six months of age, when they’re a little bit more robust, you could vaccinate them directly.”

It’s important to note that none of these strategies will completely prevent infection. Instead, the goal — like with the Covid-19 vaccines — is to protect against severe illness and death.

“We don't expect these vaccines to protect people from any RSV,” says Cunningham. “What we want them to do is protect them from getting lower respiratory tract illness with RSV. If [kids] get a snotty nose when they get RSV and they’re otherwise fine, well, that's good.”

Dr. Coleen Cunningham, M.D., chair of pediatrics at the University of California at Irvine School of Medicine

Tracy Ruckwardt, Ph.D., chief of the Respiratory Viruses Core at the National Institute of Allergy and Infectious Diseases

More Like This
Is It Good For Babies To Be Exposed To Germs? It’s Complicated
The “Tripledemic” Is Scary, But I Feel Less Helpless When I Wear A Mask
My Fertility Journey Began In A Cold Doctor’s Office, But It Was Also Weirdly Romantic
Can You Burp A Baby Too Hard? A Pediatrician Shares Tips For Gassy Tummies