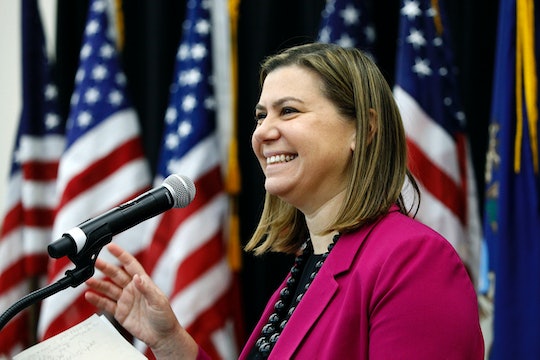 Legislation mandating the safe storage of firearms comes after prosecutors alleged the Oxford school shooter was given unfettered access to a gun by his parents.

A new bill could punish parents with up to five years in prison if a minor child under their care gains access to their firearm and uses it to injure themselves or others or to commit a crime, according to CNN. Michigan Rep. Elissa Slotkin introduced legislation Wednesday that, if passed, would require gun owners to ensure their firearms are safely stored and secured from children.

The introduction of Slotkin’s Safe Guns, Safe Kids Act comes just a few weeks after four students were killed and seven other people were injured in a shooting at Oxford High School just outside of Detroit, Michigan. Prosecutors have alleged the 15-year-old suspected shooter was given unfettered access to a gun by his parents, who have both been charged with four counts of involuntary manslaughter.

“Over the past two weeks of church services, vigils and funerals, and visits with parents, teachers, and law enforcement in Oxford, one thing is clear: everyone just wants to keep our kids safe,” Slotkin said in a statement issued Wednesday via Twitter. “But while an apparent mountain of evidence allows the parents, in this case, to be charged, there’s actually nothing in Michigan or federal law that holds parents accountable for aiding their child in committing a crime.”

Slotkin is hoping her bill will change that by legally requiring gun owners to safely store and secure their firearms away from children. If passed, the bill would establish a penalty of up to five years in prison for parents if their child uses their gun to commit a crime or to injure themselves or others.

“My bill is a serious effort to address a safety issue that is taking American lives,” Slotkin said via Twitter. “This goes for the shooter in Oxford, as well as the thousands of instances where kids have stolen guns for crime or have accidentally harmed or killed others with a family member’s gun. Ensuring that firearms are properly stored, and not left to fall into the hands of those who could use them for violence or crime is essential.”

While Slotkin’s bill has garnered support from public officials in Michigan such as Michigan Attorney General Dana Nessel, it’s unclear if the legislation will find enough support in Congress to pass. According to the Detroit Free Press, gun rights advocates have previously cited a 2008 Supreme Court ruling as evidence that lawmakers cannot mandate gun owners to lock up legally owned guns. According to the Legal Information Institute at Cornell, the Supreme Court found Washington, D.C. could not require firearms be kept nonfunctional in homes as that defeated the purpose of owning a gun for self-defense and violated the Second Amendment, which protects an individual’s right to own guns.

Still, Slotkin, a Democrat, is hopeful that her common-sense gun control law will gain traction with Republican lawmakers. “This isn’t about your gun,” Slotkin recently told Fox 2 Detroit. “This is about kids' safety.”