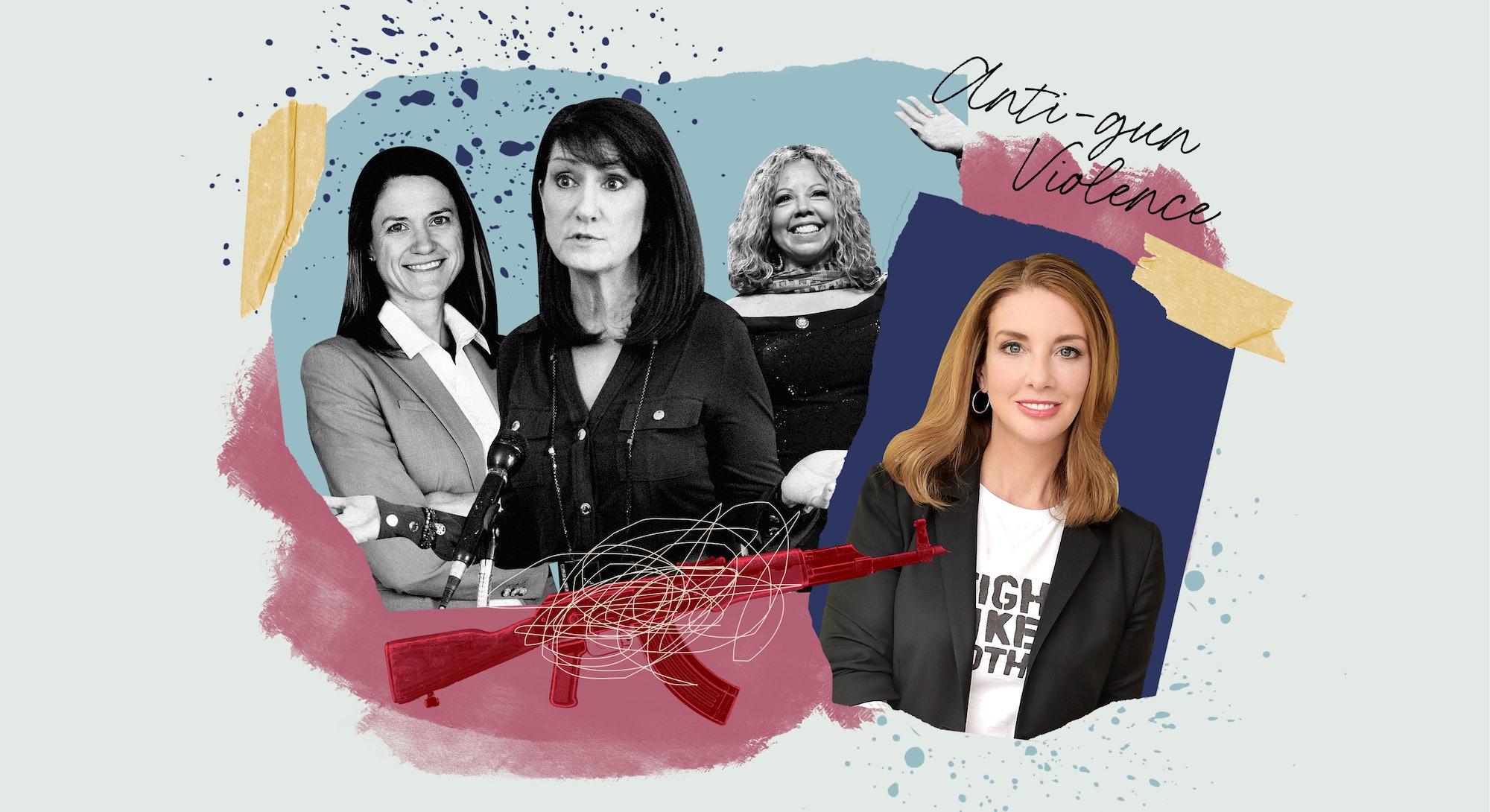 This Year, Mothers Ran On A Gun Safety Platform — And We WON

Nearly eight years ago, after the shooting tragedy at Sandy Hook School in Connecticut, I went in search of a community of mothers who — like me — were outraged by our elected officials’ failure to pass even a single piece of legislation to address our country’s ongoing gun violence crisis. When I realized no such group of moms existed, I went on Facebook and started one myself. But I never imagined that our small group of galvanized mothers online would turn into a massive offline grassroots movement with an army of nearly 6 million supporters and chapters in every state.

Since those early days, Moms Demand Action has played an important role in ensuring that legislation supported by the National Rifle Association has been stopped more than 90% of the time in statehouses, and, with partners in the gun violence prevention movement, helping pass more than 300 state gun safety laws, including red flag laws, background checks on all gun sales, laws that disarm domestic abusers, and secure gun storage laws.

Lawmakers should remember that no one is more invested in gun safety than mothers, and that mothers will remove them from office if they don’t act to ensure that safety.

In addition to our many legislative wins, we’re now seeing the ultimate power of our activism: mothers are using the skills they learned from Moms Demand Action to make the leap from organizing to legislating.

America elected a historic number of candidates this cycle who support legislation to fight gun violence — and 37 of them cut their political teeth as volunteer activists with Moms Demand Action. Now, these volunteers are on school boards, city councils, in statehouses, and even in Congress, where they will help President-elect Joe Biden and Vice President-elect Kamala Harris enact the most comprehensive gun violence prevention legislation in a generation.

These winners are an incredibly impressive and passionate group of people, and it’s no surprise that the majority of them are mothers.

Newman, a mom and activist from Illinois, gave birth to her first child just weeks before the devastating mass shooting at Columbine High School and questioned how she could raise a child in that kind of world. She ran on a platform that included common-sense gun legislation measures such as H.R.8, which would provide universal background checks for all gun sales; red flag laws; gun safety training with any issuance of a license; and reinstating the Assault Weapons Ban. In January, she’ll assume her role representing Illinois’ 3rd Congressional District in the 117th Congress.

Andraca, a mom and substitute elementary school teacher from Wisconsin, once participated in an active shooter drill that was so traumatic, it took her years to shake. For years, as a constituent, she tried to convince Representative Jim Ott to support common-sense gun laws, but most of her calls, letters, and meeting requests were ignored. Now, as a representative of the 23rd District in the Wisconsin State Assembly, Andraca will be responsible for pushing forward that legislation, which would require background checks on all gun sales and extreme risk protection orders.

McBath, a mom, former volunteer with Moms Demand Action, and Everytown for Gun Safety employee from Atlanta, lived through the unspeakable horror of burying her 17-year-old son, Jordan, after he was shot and killed by a man who didn’t like the music he was playing. She will begin her second term representing Georgia’s 6th Congressional District in January, where she’ll continue in her role as vice-chair of the Gun Violence Prevention Task Force, and build on gun-related legislative actions — one of her first being co-sponsoring H.R.8, the Bipartisan Background Checks Act of 2019, which passed the U.S. House of Representatives and would enact universal background checks.

There are nearly 80 million mothers in America, and over the past eight years, Moms Demand Action has become the NRA’s worst nightmare by organizing many of them, as well as survivors, students, and allies, to stand up to the gun lobby and keep our families safe. Along the way, we are proud to have been a boot camp for women leaders across the country, giving volunteers the skills they need to run and win. This year alone, more than 100 of our volunteers campaigned for office up and down the ballot.

These women brought the hustle and savvy they developed as activists to the campaign trail. They fundraised, networked, and got their messages out using the same skills that made them successful volunteers. They lived by the adage that if you can’t change the hearts and minds of your elected leaders, you have to change your elected leaders. And not only did our volunteers run for office themselves, they helped elect the strongest gun safety ticket in history with President-elect Biden and Vice President-elect Harris.

Throughout his campaign, President-elect Biden continuously touted his track record of having twice taken on the NRA and winning — first in 1993, when he helped pass the bill to establish our background check system, and again in 1994, when he secured the passage of a 10-year ban on assault weapons and high-capacity magazines. He has made a clear pledge to “defeat the NRA again” as part of his platform.

We did not arrive at this moment overnight. This opportunity for real and meaningful change is the result of thousands of smaller victories and strategic defeats that moms played a critical role in. When the Manchin-Toomey legislation failed in the Senate in 2013 following the Sandy Hook School shooting, we all realized there was a cadre of lawmakers who would rather cozy up to the gun lobby than save American lives. We also knew it was up to us to get them the hell out of Washington.

Make no mistake: moms will get this done.

What we quickly learned is that Washington isn’t where this work begins, it’s where it ends. So we shifted our strategy to rack up wins in statehouses and boardrooms, chipping away at gun lobby-backed bills and irresponsible corporate policies one state and company at a time. This detailed, incremental, and essential work gave our volunteers a glimpse inside the political process. It also gave them the opportunity to picture themselves behind that lawmaker’s desk — and planted the seed that we could all have more capable, compassionate, and driven leadership if the desk were theirs.

Moms Demand Action volunteers have brought about a sea change in how Americans view gun violence. Even as Americans battle the coronavirus pandemic and live through a major economic recession, voters were eager to elect candidates who supported stronger gun laws. That’s why so many of our volunteers who ran on gun safety won.

I’m grateful for the mothers and others who ran this year and put the safety of their families and communities above all else. As the old saying goes, “If you don’t have a seat at the table, you’re probably on the menu.” Moms Demand Action volunteers across the country took that lesson to heart this election season. They won seats at the table. Now, we have a lot of work to do.

I’m excited to watch these volunteers in the months and years ahead as they enact common-sense gun legislation from the inside. I’m even more excited to see who they inspire to run for office. Most of all, I’m honored to stand shoulder to shoulder with leaders who will finally tackle gun violence in this country. Lawmakers should remember that no one is more invested in gun safety than mothers, and that mothers will remove them from office if they don’t act to ensure that safety. Make no mistake: moms will get this done. It’s already happening.