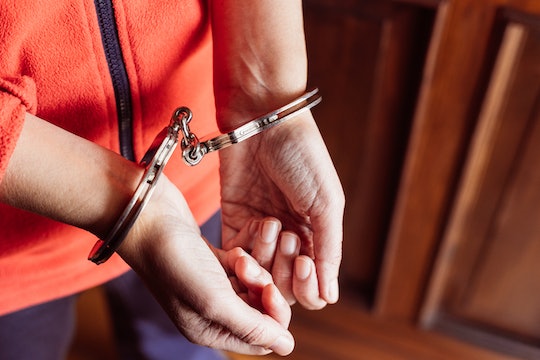 Her neighbor called the police on her.

Apparently not everyone seemed to understand that old saying that it takes a village to raise a child. Because when single mom Melissa Henderson was in a bind and needed her 14-year-old to babysit her younger kids, a neighbor called the police on her. And what’s even worse, they charged her with criminal recklessness.

The Blairsville, Georgia, mom found herself in a bit of a bind in May 2020 when her local child care center closed down. You might remember, there was this new pandemic called Covid-19 going around leaving everyone, moms in particular, scrambling to deal with what would become their new normal. Henderson needed to work, and asked her 14-year-old daughter, Linley, to watch her four younger kids. She told The Reason that her 4-year-old son, Thaddeus, saw his friend outside and went to play. Cut to 10 or 15 minutes later when Linley realized he was gone and brought him home.

By that point, the friend’s mom decided to step in. Not to help a 14-year-old girl deal with four kids in the house, not to help a single mom of five kids try to make ends meet during an actual pandemic. Instead they called the police. Who wrote in a report that “anything” could have happened to the young boy and went on to file charges of reckless conduct against Henderson that could see her spend up to a year in prison and pay $1,000 worth of fines.

They even took her away in handcuffs, something Henderson remembers with horror almost two years later. “I almost don’t have words for how low it made me feel,” she told The Reason. “To truly feel in the bottom of my heart that, if I’m anything, it’s a good mother and everything you do is for your kids. To be stripped of that to the point where you are handcuffed in front of them.”

It’s important to note that the legal age for babysitting in Georgia is actually 13, so it seems as though Henderson was well within her rights to allow her 14-year-old daughter to babysit. Certainly that’s what her lawyers have been trying to argue in court as they fight to get the case dismissed, pointing out that the reckless conduct statute can’t actually be used against a parent based on a Supreme Court precedent, per ABC News. Sadly, the case continues. A GoFundMe page started to help Henderson with her legal costs has racked up more than $39,000, along with messages of support from other parents reading, “My 3 children are grown now. As a single parent, there were many times the eldest had to watch the youngest. As a fellow Georgian and former single mom, I support you winning this!!” and “This is ridiculous!!!! A mother going to work to support her kids, leaving them with a perfectly capable older sibling! It was an accident, not malicious! Dismiss the case and the state should have to pay for all the anguish this has caused!”

How much easier it would have been for everyone if that other parent had simply had some empathy for a mom doing her best.