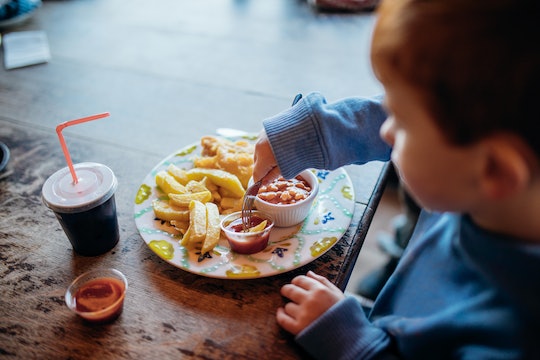 “People shouldn’t have to choose between having a job and a family.”

Anyone who has worked in the restaurant industry with kids knows it is a constant push-pull scenario. Trying to work shifts where you make enough money to cover the bills while also trying to work shifts where you can get child care. And pay for that child care. It’s a bit like solving a Rubik’s Cube blindfolded. But one restaurant in South Carolina has decided to step in to help solve that pressing problem for parents. McGee’s Scot Irish Pub in Anderson, South Carolina has offered its employees on-site child care, and it’s a game changer. Not just for those parents but also employers who might need to start looking at innovative ways to make their employees lives better.

Dixie Benca, co-owner of McGee’s, and her husband John, who is also her business partner, put out an ad for child care providers on the restaurant’s Facebook page about six months ago, after realizing that child care problems were affecting staff members. One of their staff members is a single father, Benca explained to the Associated Press, and he opened up to them about his struggles with child care. Particularly with Covid-19 making child care even more strenuous, the couple decided to make it easier on staff members. “People shouldn’t have to choose between having a job and a family,” Benca said.

Benca decided to hire two child care providers, both of whom are college students with CPR training, to work on-site for $60 per night for four hours plus a free meal. Around nine employees have made use of the service, like fry cook Summer Rochester. “I was paying $600 a month for child care so that got pretty rough on us,” she told Fox News 6 Atlanta, adding that the on-site child care provided by McGee’s has made a huge difference for her. “I mean, honestly, without them, I don’t know where I’d be working.”

It isn’t just the staff who are using the on-site child care; Benca brings her 2-year-old son to be cared for while she is working as well. On any given night there will be one to four children in the child care area, which has been set up in the private dining room and outfitted with sofas and a TV, and so far Benca told the Associated Press it is working out well. “I imagine for some people having their children at work might be more of a distraction than a help, but in the case of the people we’re using it with, I think it’s gonna be fine.”

McGee’s Scot Irish Pub is not the first business to offer employer-led on-site child care, but it is a bit of a trailblazer in the service industry. An industry that often sees staff working nights and weekends, when child care can either be more difficult to come by or more expensive or both. Perhaps other restaurants will follow suit if they hope to keep their employees happy in the workplace.