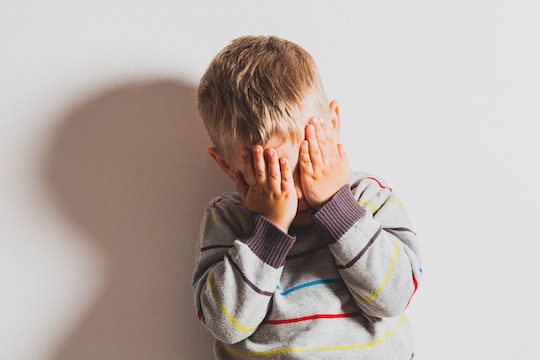 Researchers concluded that there is “a definitive link between physical punishment and behavioral problems.”

There was once a very popular saying among parents, “spare the rod, spoil the child,” implying that corporal punishment was a good way to guarantee good behavior in kids. In other words, spank them to get them to behave. Well... nope. Apparently not. A new study has found that spanking actually increased bad behavior in kids.

Researchers at University College London recently published a far-reaching study in The Lancet looking at the effect spanking has on children. They compiled 20 years of research from 69 studies to see exactly how corporal punishment, which includes hitting children or “spanking” them in an effort to curb poor behavior, actually worked.

Spanking or hitting a child has been banned in 62 countries, according to the Global Partnership to End Violence Against Children, with 27 more countries committing to law reform regarding the use of corporal punishment on children. Not only is it banned in many countries, researchers concluded that it doesn’t actually work to end unwanted behavior in children. Essentially, it only works to create more bad behavior and can often lead to more frequent involvement from child protective services.

Dr Anja Heilmann, lead author of the study, told The Independent there is “a definitive link between physical punishment and behavioral problems such as aggression and antisocial behaviour.” The study found that physical punishment was not related to positive outcomes in children, also noting that behavior in children who were spanked worsened over time.

This comprehensive study is in line with other similar studies that have found spanking children does not have any real benefit. “You cannot punish out these behaviors that you do not want,” lan Kazdin, PhD, a Yale University psychology professor and former President of the American Pediatric Association, said in 2012. “There is no need for corporal punishment based on the research. We are not giving up an effective technique. We are saying this is a horrible thing that does not work.”

Additionally, an analysis of 160,000 children over the course of 50 years led by University of Texas at Austin professor Elizabeth Gershoff also found that spanking did more harm than good. “We found [spanking] linked to more aggression,” Gershoff told NPR in 2016, “more delinquent behavior, more mental health problems, worse relationships with parents, and putting the children at higher risk for physical abuse from their parents.”

Heilmann, A. (2021) Physical punishment and child outcomes: a narrative review of prospective studies, The Lancet https://www.thelancet.com/journals/lancet/article/PIIS0140-6736(21)00582-1/fulltext