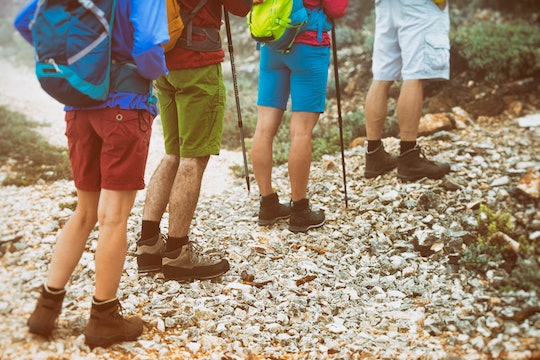 “They seem emotionally stable and excited to be in color war.”

During a hike at Camp Lenox in the Berkshires, some campers had an unfortunate Stand By Me moment. Three campers and an instructor came across the body of a dead man. An awful, damaging, horrible moment leaving the camp administration to set the tone for how best to deal with the trauma. And that tone is apparently to take a surprisingly upbeat outlook with a dose of let’s move on to better things. The summer camp’s letter to parents about kids finding a dead body has gone viral, mostly because people can’t get over how casual they are about the whole event.

Massachusetts State Police spokesman Dave Procopio explained to The New York Post that campers were out collecting wood for an event when they found the body of a man police believe had died by suicide “some time ago.”

The campers who found the body returned to report it to counselors, who in turn called the police. An email was then sent to parents explaining the situation, although the conversation quickly turned to something called a “color war.” And that email has since gone viral on Twitter.

“Color War broke last night and the camp is buzzing with excitement for the greatest of all camp events,” the letter begins. Color War is a long-standing tradition of a multi-day event where campers are divided into two teams to compete in various challenges.

There was, of course, another event that presumably had the camp buzzing. “A counselor and three of our oldest campers were in the woods at the border of camp and private property for a big event called ‘Rope Burn.’ As they collected wood, they accidentally came upon the remains of a human body that appeared to have died quite a while ago.”

Apparently the leadership team counseled the campers who found the body, and now “they seem emotionally stable and excited to be in color war.”

Social media users couldn’t get over how quickly the email moved on from kids finding a dead body. “Honestly I’m more concerned with their use of ‘accidentally’ when they discovered the body like they were worried the parents might think this is part of the camps fun activities,” wrote one Twitter user, while another noted the structure of the email was kind of genius, “Excellent use of the positivity sandwich. Camp is buzzing for color war! --> We did find a horribly decomposed dead body --> Get excited for color war!”

Whatever else might happen for these kids as they process finding a dead body during their time at sleep away camp, one thing is certain. Everyone at Color War is going to be talking about them.