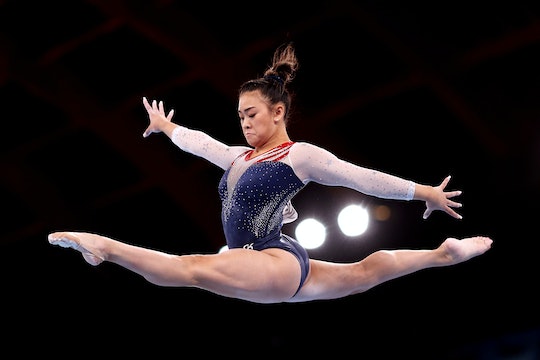 And look how that turned out.

When gymnast Sunisa “Suni” Lee won the gold medal in the individual all-around women’s gymnastics, it was “a surreal moment,” as the 18-year-old told CNN after her historic win as the first Hmong-American gymnast to compete at the Olympics. While the gymnast herself might not have expected her gold medal performance, at least one person has been helping her towards this goal for years — Lee’s John dad. The proud father has been encouraging her dreams ever since she was a little girl when he built her a backyard balance beam so she could always find the time to practice. And it has clearly paid off in spades.

Lee’s journey to the Tokyo Olympics has been in the works for many years, since she was a little girl in Minnesota who loved gymnastics so much her dad built her a special balance beam in her own backyard. “I grew up going on that beam,” Lee told Hoda Kotb during an interview with TODAY on Friday.

“If I wasn't in the gym I was always outside on the beam doing extra things because I didn't want to get behind or I always wanted to get better,” she said. “It was something we kind of cherished because whenever I was bored, I would just go outside and he would watch me and try and coach me even though he didn't know what he was talking about.”

John Lee explained to TODAY that he built the beam for his daughter because “she goes to the gym and she practices but we don't have a beam here.” He added, “So, I couldn't afford a real beam, so I built her one. And it’s still here. Matter of fact, it’s in the backyard right now.”

The proud dad also encouraged his daughter, who he has been raising since meeting her mother when she was 2 years old along with five siblings, by allowing her to use the household furniture for practice. “I was always jumping on the bed or having my dad spot me while I was doing backflips and stuff like that,” Lee said, per NBC. “Finally, my mom got tired of it.” The couple enrolled the energetic little girl in gymnastics, and the rest is history.

Lee’s father has been dealing with his own journey in recent years. A fall from a ladder in 2019 has left him paralyzed from the chest down, and he is working hard to cope as best he can. He, in turn, is making his daughter proud. In a birthday tweet from last April, the gymnast shared a family photo with the message, “happy birthday dad! thank you for always being my number 1 supporter & my bestfriend. i love you so much, you are the reason i do it all.” And she really is doing it all.