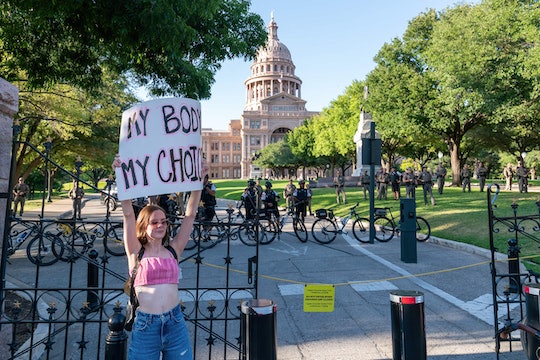 In the absence of Roe v. Wade, the Texas Medical Association offered a series of patient complaints as the state battles the Biden Administration.

Since the Supreme Court overturned Roe v. Wade in June, laws governing one’s right to an abortion have returned to the state level, creating a legal patchwork across the country and, in many cases, confusion for health care providers. In some cases, this confusion may be hindering doctors in providing appropriate, timely medical care and endangering their patients.

That’s a claim that the Texas Medical Association (TMA) — a medical society comprising 56,000 physician and medical student members — has made in a letter to the Texas Medical Board (TMB) – the state agency that regulates the practice of medicine. The letter, which has not been made public in its entirety, highlights various complaints alleging that hospital administrations and lawyers have prohibited physicians from providing necessary care for pregnant patients, according to reporting from The Dallas Morning News. It asks the TMB to “swiftly act to prevent any wrongful intrusion into the practice of medicine.” The TMB has confirmed receipt of this letter but neither they nor the TMA have commented further.

Among the allegations include one Central Texas hospital not allowing a physician to treat an ectopic pregnancy (a fertilized egg attaching somewhere other than inside a uterus, usually in the fallopian tube) until it ruptured, which puts the patient at serious risk of infection, life-threatening internal bleeding, subsequent sterility, and even death, despite ectopic pregnancy never being viable. In another complaint, two other hospitals allegedly sent patients home to “expel the fetus” when their water broke too early instead of treating them at the hospital, putting them at risk for dangerous infection and other complications that could risk future fertility and life.

TMA seeks protection from draconian Texas abortion laws that could risk their patients lives and their livelihoods.

“Delayed or prevented care in this scenario creates a substantial risk for the patient’s future reproductive ability and poses serious risk to the patient’s immediate physical wellbeing,” the letter said.

The letter highlighted the danger delayed or denied care poses to patients and also to the livelihood of doctors, who could face lawsuits and potentially even lose their medical license. The TMA also pointed out that failing to provide appropriate treatment might also violate the corporate practice of medicine doctrine, state law that prohibits corporations or non-physicians from practicing medicine.

The letter comes at the same time the state of Texas is suing the Biden Administration over its guidance from the Department of Health and Human Services (HHS) stating that doctors were not only protected but required by federal law to provide necessary emergency care to patients, including abortion care if required (as in the case of ectopic pregnancy or other life-threatening complications). The suit, filed by Texas Attorney General Ken Paxton, reads, in part, that the Biden Administration evoking the 1986 Emergency Medical Treatment and Labor Act (EMTALA) is an “attempt to use federal law to transform every emergency room in the country into a walk-in abortion clinic” that “sovereign interest in the power to create and enforce a legal code.”

The Biden Administration argues that state law cannot supersede federal statute, as established in the Supremacy Clause of the Constitution. Failure to comply with EMTALA, HHS says, which only applies to certain clinical settings, could result in a slew of consequences for hospitals and providers, including termination of the hospital or physician's Medicare provider agreement, fines for both hospitals and physicians, and legal recourse for patients in civil court.