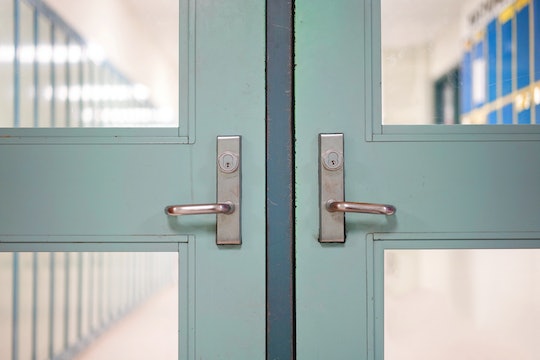 “I’m telling you right now, we need better security at our schools. This is what I tried to prove.”

An El Paso, Texas mother made her point loud and clear about her teenager’s school security when she posed as her 13-year-old daughter at her school. Casey Garcia says she posed as her daughter for a social experiment to prove that schools need better security on their campuses.

“I wanted to see if I could make it the entire day without anyone noticing,” Garcia explained in a YouTube video titled, Why I posed as my 13-year-old daughter. A raw but real answer. “I’d say up until seventh period, I think that’s a very long day for a 30-year-old.”

She added, “I did this to prove a point. I proved I could get through the public school system.”

Garcia explained how she dyed her hair and used skin tanner to resemble her teenage daughter. In one class she said the teacher was so preoccupied with the students online that she was not paying attention to the physical ones in the classroom. Garcia said she thought lunch was going to be the revealing point but she got past, even eating with her mask off.

“I mean, I’m no spring chicken, but it wasn’t hard,” Garcia said in the YouTube video. “And I made it to all seven periods, until the last teacher, she was female, and she said, ‘Julie, can you stay after class?’ And I said absolutely. She looked at me and she (said), ‘You’re not Julie.'”

Garcia was eventually caught, arrested, and charged with criminal trespass and tampering with government records, according to the El Paso County Sheriff’s Office. She was released that same day on Friday.

Realizing that some parents may find her actions strange and call her “nuts,” the young mother says she was just trying to prove a vital point.

“I’m telling you right now, we need better security at our schools," she stresses in the video. “This is what I tried to prove.”

She then went on to talk about the threat of mass shootings and the Second Amendment.

“Are you more concerned that I, a parent, was sitting next to your child, or do we really want to wait for the next person taking their Second Amendment right to the extreme,” she said.

Garcia did not name the school she was at but she did apologize, calling the principal “the nicest person” she’s ever met.

“I’ve exposed the dangers of our schools and I am trying to protect my children and yours.”