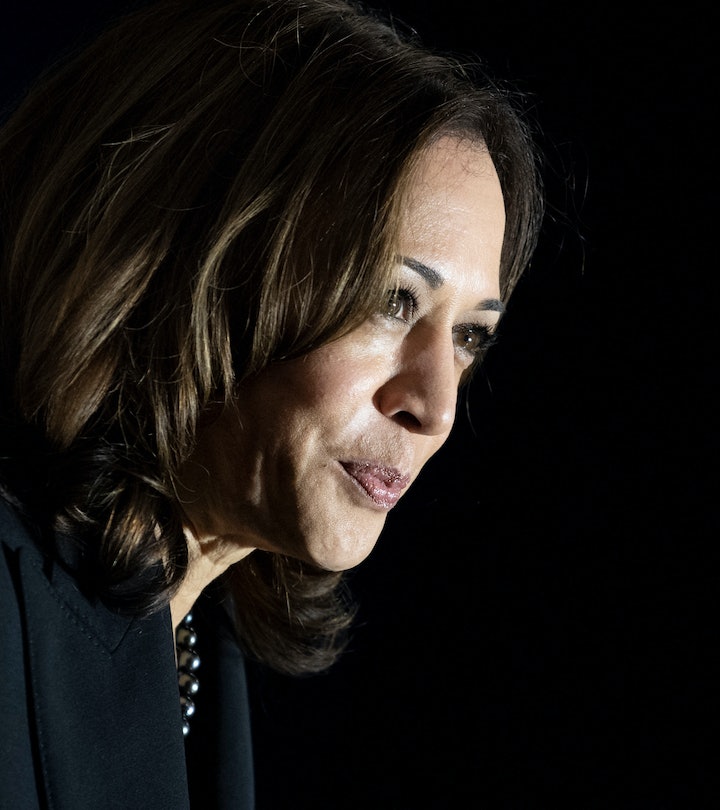 Students, specifically minority children, were disproportionately affected by the pandemic.

President Joe Biden and Vice President Kamala Harris are working to ensure the economical and educational well-being of Black children and their families stays at the forefront of their policies and administration. Last week, the president signed a $1.2 trillion bipartisan infrastructure bill into law that targets areas that were drastically impacted by the pandemic, including education. Students, specifically minority children, were disproportionately affected: According to a January report from Child Trends, 31% of Black households with children experienced three or more occurring economic and health-related hardships as a result of the coronavirus pandemic. And now, Vice President Harris says that this disparity — and many others — will be addressed with the new infrastructure bill.

“We know that this pandemic really did expose a lot of the failures and fractures in our system, including immense disparities based on race for people of every age,” Harris told Ebony in an exclusive interview. “When it comes to our children, we saw that it was Black and Brown children who were more likely to be without access to the Internet, and that is still having a direct impact on their educational progress.”

The vice president acknowledges that the White House has been “very intentional” about the way the plan was written, citing the stories of parents who drove their kids to parking lots outside of McDonald’s and Starbucks at the height of distance learning so their children could use public Wi-Fi to go online to do their homework or complete their studies.

Aside from issues of access during remote schooling, many Black families have already chosen to homeschool their children due to racial bias and inadequate curriculums they face in their public, charter, and private schools. Additionally, after a year of virtual and hybrid learning, Black parents see the learning method as a better and more productive option. However, according to a poll from Pew Research, while 80% of white adults report having a broadband internet connection at home, only 71% of Black and 65% of Hispanic adults say the same.

The vice president went on to address the importance of expanding resources but also making those resources affordable, specifically in urban areas, for such families.

“It’s important to make that distinction because in certain areas — rural areas, for example — the access issue is a big one,” she told the outlet. “But in urban areas, there’s access, technically, but folks can’t afford it.”

The new bill is also expected to create higher paying jobs for Black and Brown families and close the unemployment gap, which the vice president believes will help their children.

Harris says the bill will also improve the water systems that, as Ebony reported, “have failed Black communities in places like Chicago, Milwaukee, and Flint, Michigan.”

“We are putting an incredible amount of money into getting rid of lead pipes in America so that our children don’t have to drink toxic water,” Harris said.

Another $65 billion investment will go towards broadband infrastructure and $7.5 billion is earmarked for building a nationwide network of plug-in electric vehicle chargers.

“We can do this. We can deliver real results for real people,” the President said in a statement acquired by CNN. “We're taking a monumental step forward to build back better as a nation.”

More Like This
Teacher Shot By 6-Year-Old Student Told School He Had A Gun, Was Told To "Wait"
Florida Teachers With “Unvetted” Classroom Books Could Face Felony Charges
Michigan Right-Wing Group Wants To Erase LGBTQ+ Sex Ed
20 Incredible Movies To Watch With Your Family During Black History Month & Beyond
What Parents Are Talking About — Delivered Straight To Your Inbox