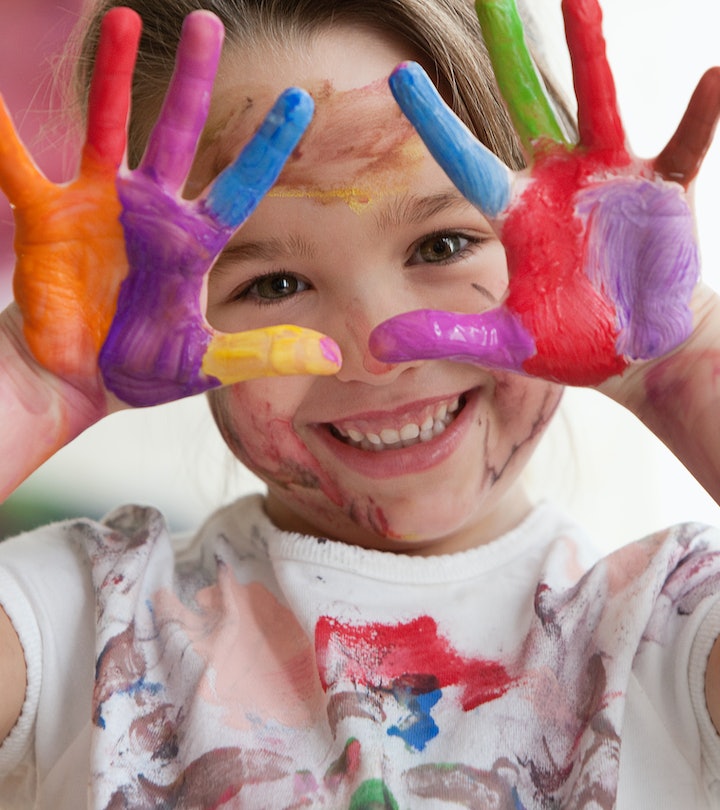 What Age Do Kids Start School? Here’s What You Need To Know

It’s all about school readiness.

Parents who have kids rapidly approaching the end of toddlerhood know that looking ahead to the school years can be anxiety-inducing. It's easy to stress out over decisions regarding your child's education, from which school you should choose to what grade they should be in or whether they're even ready at all. If you're trying to figure out the best age for your child to start school, you should know that there are a lot of factors to consider. School readiness can be a complicated topic, and — of course — you know your child best. However, there are some legal requirements about starting school that you’ll need to keep in mind as you begin to make your decision.

What age do kids start school in the United States?

Depending on where you live, your child might not legally be required to start school until the ages of 5 or 6, though some states push the age up to 8, according to the National Center for Education Statistics. If your child is close to the age cut-off for starting school — for example, if they will be just turning 5 before kindergarten begins — you might feel unsure about their readiness. And, increasingly, studies show that it may be better to begin school a bit later. A Stanford University study from 2015 pointed to potential mental health benefits to starting school a bit later, and many studies — like this one from the Annual Review of Psychology — point to the importance of the development of self-regulation in children before they begin elementary school in terms of setting them up for success.

Though most kids in the U.S. start kindergarten at age 5, some people believe that many kids would benefit from waiting a bit to start school. "I don't think I've ever met anyone who regretted their kid going into school older,” says Kimberley Moran, a former teacher. “But, I meet a lot of people who say they regret their kid going to school younger."

However, that doesn't mean you should necessarily wait until your child is 6 years old to send them straight to kindergarten, says Moran. "Kindergarten is not what it used to be. People think, 'That's where my kid will go get socialized,' but really that's what happens in Pre-K now." A year in Pre-K has huge benefits for kids, Moran asserts. "I basically think that Pre-K should be a requirement. We have to have something in place where kids learn how to play with each other, how to take care of their own personal needs like putting their shoes on, going to the bathroom by themselves, washing their hands by themselves, in an environment where they're not also being asked how to learn how to read and do all that," she says. Having those sorts of tasks down pat before they enter kindergarten and elementary school frees up their mind to focus on the monumental tasks of learning to read and write.

What age is preschool or Pre-K?

Pre-K is typically geared toward 3- and 4-year-olds, though some schools will have shorter day programs for 3-year-olds and longer days for 4-year-olds that are more focused on kindergarten preparation and school readiness. That may seem awfully young to be starting school to some moms and dads — especially to parents like me who have kid with late-summer birthdays — so Moran recommends judging your child's readiness for school not by the calendar, but instead by their development.

One thing to consider is where your child is emotionally, and whether they're prepared to spend hours away from you everyday. "You know when your child doesn't feel bereft at leaving you. I've had many kindergartners and first graders that couldn't take their parents leaving, and just looked out the window and cried. That, to me, is a sign that [waiting] another year would be a good idea." Other good indicators of whether a child is ready for school is attention span and ability to sit still, says Moran. "There's just certain things like understanding how you sit in a circle and how you respond to a book. Looking at their confidence level about just talking, I think you can learn a ton about whether a kid is ready."

How to help your child get ready to start school

If your child is heading to school in September and you're uncertain about whether or not it's the right time for them to start school, Moran says there's a lot of simple things you can do at home to help prepare — and it doesn't involve drilling them on numbers or letters. "Read with kids, and ask them questions about the books, because those are the kind of things that will be expected of them, and the more familiar they are with them, the better they're going to do," she says. Adding some structure to your day to mimic the schedule they'll be expected to follow at school can help, too. "Setting up routines at home can't be underestimated." You'll also want to spend time focusing on the basics of self-care, like taking care of their bathroom needs, and social skills like sharing. And if you’re still worried that they’re not ready, it’s likely you can choose to delay for a year. Reach out to your local school district to find out exactly when children must start school where you live, as most states offer some wiggle room.

Starting school is a huge milestone in a child's life — and a parent's, too. Going by more than just their birthdate to decide when they’re ready to start can help make sure you're both comfortable with the choice.

Kimberley Moran, former teacher and author of Hacking Parenthood: 10 Mantras You Can Use Daily to Reduce the Stress of Parenting

More Like This
Where To Buy School Uniforms, From Jumpers To Dress Socks
These Back-To-School Supplies On Amazon Are Total Wins
How To Build An After-School Routine That Works For Your Family
18 Cute Notebooks That Make Every Subject Exciting

This article was originally published on June 14, 2019