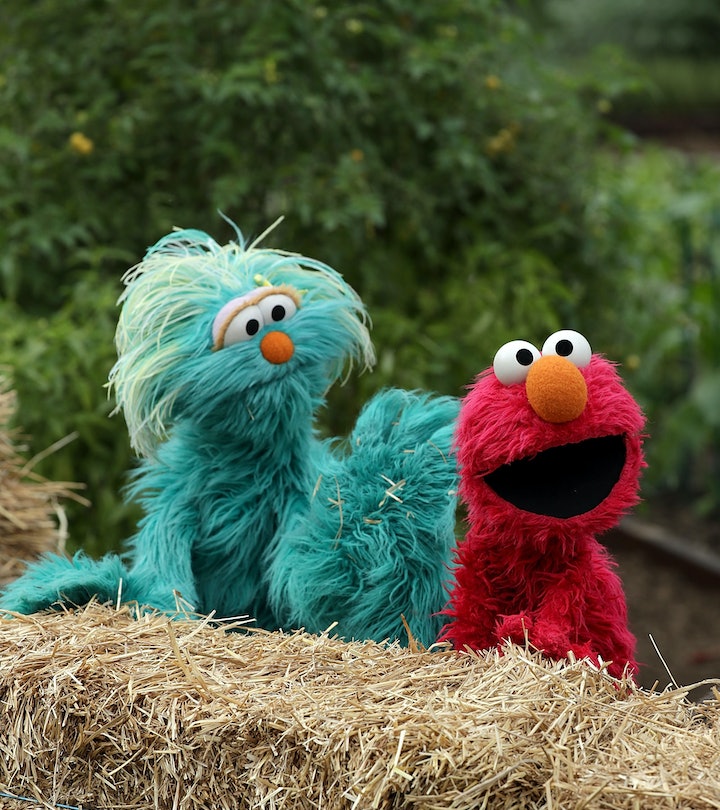 A viral video showing two Black girls seemingly being snubbed by a Sesame Place performer has sparked outrage among parents, celebrities, and more. The video has gotten over 750,000 views since it was first posted and has led the Pennsylvania theme park to issue multiple statements. So what happened at Sesame Place Philadelphia? How was Sesame Street responded? Here’s what you need to know.

What happened at Sesame Place?

On July 17, Jodi Brown posted a video on Instagram of her recent visit to Sesame Place in Bucks County, Pennsylvania, a licensed park partner of Sesame Workshop, with her 6-year-old daughter and niece. The viral video shows a Sesame Place employee, dressed as the Sesame Street character Rosita, seemingly ignoring the two young girls during a parade when they reached out for a high-five. The two little girls wave at Rosita, who is high-fiving people in the audience. But when the character gets to the little Black girls, they appear to wave them off.

“I’m going to keep posting this, because this had me hot. We were on our way out of sesame place and the kids wanted to stop to see the characters,” Brown captioned the video. “THIS DISGUSTING person blatantly told our kids NO then proceeded to hug the little white girl next to us! Then when I went to complain about it, they looking at me like I’m crazy. I asked the lady who the character was and I wanted to see a supervisor and she told me SHE DIDNT KNOW !!I will never step foot in @sesameplace ever again!

Brown encouraged everyone to repost the video and demanded her money back from the park.

How has Sesame Place responded?

Since the video was first posted, Sesame Place has issued two responses. In the first, issued on July 18, the theme park said it was a “misunderstanding.”

“Our brand, our park and our employees stand for inclusivity and equality in all forms. That is what Sesame Place is all about and we do not tolerate any behaviors in our parks that are contrary to that commitment,” the statement began. “The performer portraying the Rosita character has confirmed that the ‘no’ hand gesture seen several times in the video was not directed to any specific person, rather it was a response to multiple requests from someone in the crowd who asked Rosita to hold their child for a photo which is not permitted. The Rosita performer did not intentionally ignore the girls and is devastated about the misunderstanding.”

In another statement issued a day later, Sesame Place apologized, stating in part, “We sincerely apologize to the family for their experience in our park on Saturday; we know that it's not ok. We are taking actions to do better. We are committed to making this right.”

Sesame Workshop, the nonprofit organization behind Sesame Street, said in a statement that what the children experienced at the theme park was “unacceptable.”

“We have been in contact with Sesame Place, our licensed park partner, and they have assured us that they will conduct bias training and a thorough review of the ways in which they engage with families and guests,” the statement read. “As a global nonprofit educational organization with a mission to help children grow smarter, stronger and kinder, Sesame Workshop has always stood for respect, inclusion and belonging and is committed to providing the highest quality engaging experiences for all children and families. We hold our partners to the same high standards.”

Brown’s viral video has prompted other Black parents to share their experiences with characters at Sesame Place. Three additional videos circulating on social media appear to show the character Rosita ignoring other Black children. Another video reposted by @myskinisnotthecrime shows another character at a Sesame Street-themed park knocking down a little Black girl.

Speaking to ABC News, Brown said her viral video has given parents the “courage” to speak up about their experiences. “These are innocent children. And the job of the character is to bring joy to the kids,” she told the news outlet. “I also think that a lot of parents, as you can see in the other videos that are now released, have went through a similar thing and just didn't speak up about it right away. So now they have the courage to say 'hey, this also happened to my child.’”

On Monday, Kelly Rowland told Entertainment Tonight she was still upset about the video. “I was livid,” the mother of two said. “And I know, me personally, I would've burned the place down. I've said it before and I really mean it.”

Civil rights attorney Benjamin Crump retweeted the video and called it disgusting. “These two young Queens did NOT deserve to be blatantly singled out and ignored by this #SesameStreet character,” he tweeted.

Marlo Richardson, founder of Braymar Wines, tells Romper that “as a mother of Black daughters this is infuriating.” She added, “It's a perfect example of why diversity and inclusion is important in all organizations. Despite teaching kids that all people deserve kindness and respect regardless of the color of their skin. [Clearly], it is a lesson that adults need as well. No employee should ever feel so comfortable that they blatantly behave in such a disgusting manner publicly.”

CEO of Overcoming Racism, educator, and activist Matthew Kincaid, shared in an email statement, “For the black child in this scenario it is not simply that they are being ignored, it is that they are also watching the white children being acknowledged. Far too often black children are forced to learn about racism through the contrast of their experiences and the experiences of their white peers.”

Amani Wells-Onyioha, operations director of Sole Strategies and civil rights advocate, says the incident only further gaslights the racism Black people feel every day. “These ‘small’ biases (at best) towards Black people are what lead to more deaths in hospitals because doctors subconsciously think black people don't feel pain,” Wells-Onyioha said. “It's all tied to a bigger issue.”

Author Alexandra McGroarty says it was unfortunate that children were at the center of this experience. “Perception is reality, and unfortunately, in this incident, children were involved,” McGroarty said in an email statement. “We have to do better by providing a correction, explaining why it’s better and looking toward the future.”

The theme park said in a statement, “We will conduct training for our employees so they better understand, recognize and deliver an inclusive, equitable and entertaining experience to our guests.”

Given Sesame Street’s track record on racial justice, Kincaid says he is “cautiously optimistic” the educational nonprofit will make amends. “Anti-racism training is only effective when it is coupled with policy change,” Kincaid explains. “Sesame Street has used their platform to promote anti-racism in the past on their show. I am cautiously optimistic that they will make the correct long-term choices to repair this harm.”

In a statement to CNN, Sesame Place said it is “committed” to learning from this incident. “No child should ever leave our park feeling disappointed or ignored. That is the opposite of what our park is intended to inspire in children. We want every child who comes to the park to have a positive, memorable experience. And, we commit to learn everything we can from this situation and make needed changes ... We will provide additional training for Sesame Place employees to help them better understand, recognize and deliver an inclusive, equitable and entertaining experience to our guests.”

The family has called for the Rosita performer to be fired.

The family’s attorney B'Ivory LaMarr told ABC News they are asking for an apology and for the “immediate termination” of the unidentified Rosita performer. “We want a genuine and authentic apology,” LaMarr said. “The second thing that we're requesting is for the immediate termination of that performer. The third thing that we're going to request is — we're going to demand that they take care of any type of health care or mental care expenses that these children have realized.”

Sesame Place has not publicly responded to the family’s requests, but it has reportedly invited the family for a meet-and-greet with the characters and issued the mother a refund.

As for the girls, LaMarr said in an interview with NBC10 that their “hearts were completely shattered by a character.” And Brown told CNN that her daughter was upset and wondered if she did something wrong. “My daughter was just sad,” Brown said. “She asked, ‘Mom, what did I do? What happened?,’ and I said, ‘You didn’t do anything. Some people are just mean people.’”

More Like This
Disney Changes "Fairy Godmothers In Training" Name To Be More Inclusive
A Teen Was Body-Shamed By Matt Gaetz. She Raised Over $700,000 For Abortion Funds.
"Crybaby Ambulance" In Europe Will Help Exhausted Parents
Reddit Applauds Mom Of Five Who Stood Her Ground & Left Sleeping Dad Behind