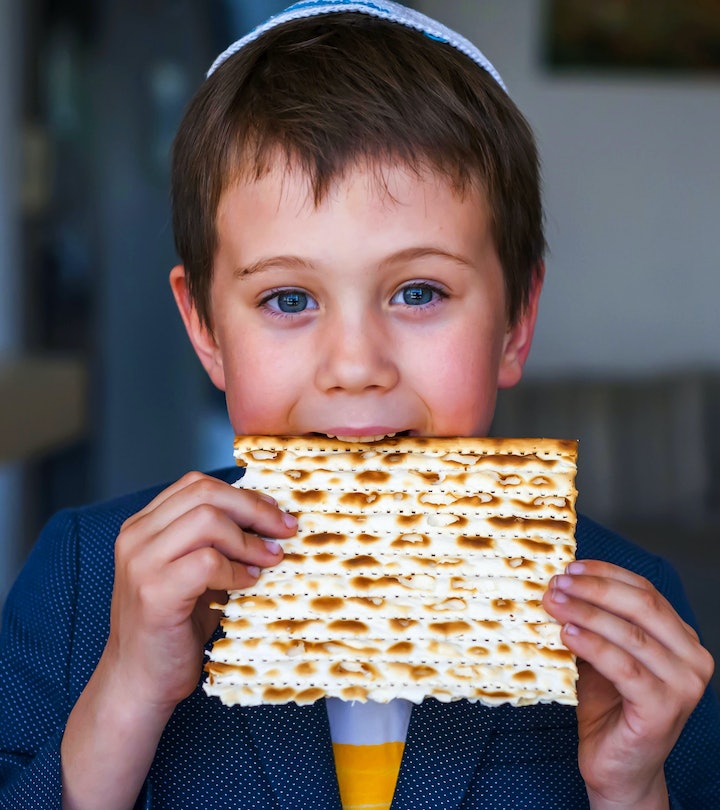 Get Prepared, Because Passover 2022 Is Almost Here

Tiny colorful flowers are beginning to peak through the grass and each day, the sun is out for a little bit longer. For many people, this means one thing: Passover is right around the corner. Passover is one of the most significant times of year for those who practice Judaism, and it happens every spring. This Jewish observance commemorates the Israelites’ exodus from slavery in Egypt thousands of years ago, and comes with many special traditions and rituals... all of which require some preparation. So, of course, it’s helpful to know exactly when Passover falls in 2022.

This year, Passover begins at sundown on Friday, April 15 and ends at sundown Saturday, April 23. The Passover dates are determined by the Hebrew calendar, which isn’t the same length as the Gregorian calendar that we all use today. This explains why the dates of Passover change every year. You can usually figure out when Passover is going to begin based on the moon cycle, so if you’re keeping track, Passover will always fall on a full moon in the spring.

What is the meaning of Passover?

Passover, or Pesach in Hebrew, is a holiday that celebrates freedom, and commemorates the exodus of the Jews from slavery in Egypt. The word “Pesach” refers to the idea that God “passed over” (pasach) the houses of the Jews during the 10th plague on the Egyptians, the slaying of the first born.

Passover lasts seven or eight days, and during that time, all leaven is prohibited and only unleavened bread, called matzo, can be eaten. According to Britannica, the matzo bread is a symbol of the Hebrews’ suffering while in bondage and how quickly they left Egypt during the Exodus. This explains why Passover is also sometimes called the Festival of Unleavened Bread.

How do you celebrate Passover?

This weeklong festival includes a lot of special traditions and rituals that Jews take part in. Aside from removing leavened bread from the home, there is the seder, a family meal held on the first two nights of Passover. At the seder, foods that have symbolic significance are served, and prayers and recitations are performed. The story of the exodus from Egypt is read out loud and rituals, like dipping vegetable into salt water that represents the tears Jews shed when they were slaves, are performed.

There is always a seder plate at the center of the table that holds traditional Passover foods: matzo, bitter herbs, a lamb shankbone, and a mixture of nuts, fruit, and wine. You’ll also usually find traditional meals like matzo kugel (matzo and apple pudding), poached fish patties (also known as gefilte fish), and chicken soup with matzo balls (something we can all get behind). Sometimes there’s also a game to find the “afikomen,” which is a piece of matzo hidden in the house. Whoever finds it gets a prize or money.