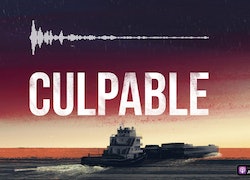 Here's What We Know About 'Culpable's Whitley Goodman

Those who have listened to the Culpable podcast are likely just as frustrated by the investigation (or lack thereof, depending who you ask) into Christian Andreacchio's death as his loved ones. They might also be curious about the major players in the case — especially Andreacchio's girlfriend. So, where is Whitley Goodman now? Unfortunately the answer to that question isn't as easy as many might have hoped.

On Episode 11 of Culpable, a team was put together by private investigator Sheila Wysocki to join forces and look into the Andreacchio case. Wysocki's priority? Speaking to each and every person who had been previously attached to the investigation, including Goodman. It is eventually revealed that Goodman is residing in Key West, Florida, though the exact dates the investigators tracked her down at that location is unclear.

After tracking Goodman down and following her for a short period of time, investigators were able to approach her in a parking lot in hopes of getting an interview. She eventually agreed to speak with the investigators and gave them her phone number to set up a time. However, she never showed up for the set meeting and also stopped responding to text messages. Investigators also discovered she had removed all of her social media from the web, making it impossible for them to contact her further.

Andreacchio was 21 years old when he was found dead from a gunshot wound to the head in the bathroom of his Meridian, Mississippi apartment on Feb. 26, 2014. His death was "prematurely" ruled a suicide, according to the Meridian Star, which eventually led to the case being reopened for further investigation. The case was finally presented to a grand jury three years later in November 2017, but sadly the jury decided there was not "sufficient evidence" to indict any person of interest in Andreacchio's death.

Recently, a petition was started on Change.org demanding that the United States Department of Justice (DOJ) review the investigation into Andreacchio's death. The petition states it was created by Andreacchio's mom, Rae, but Romper has not been able to confirm that information. There is a short blurb on the petition pleading with the public to support the DOJ in taking on a full reinvestigation of Andreacchio's 2014 death.

We need your support to encourage Department of Justice to participate in a thorough investigation of corruption and conspiracy engaged in by multiple individuals in efforts to circumvent justice for Christian's murder.

Be sure to catch new episodes of Culpable when they are released every Monday. If needed, you can catch up on the entire season on Culpable's official site.