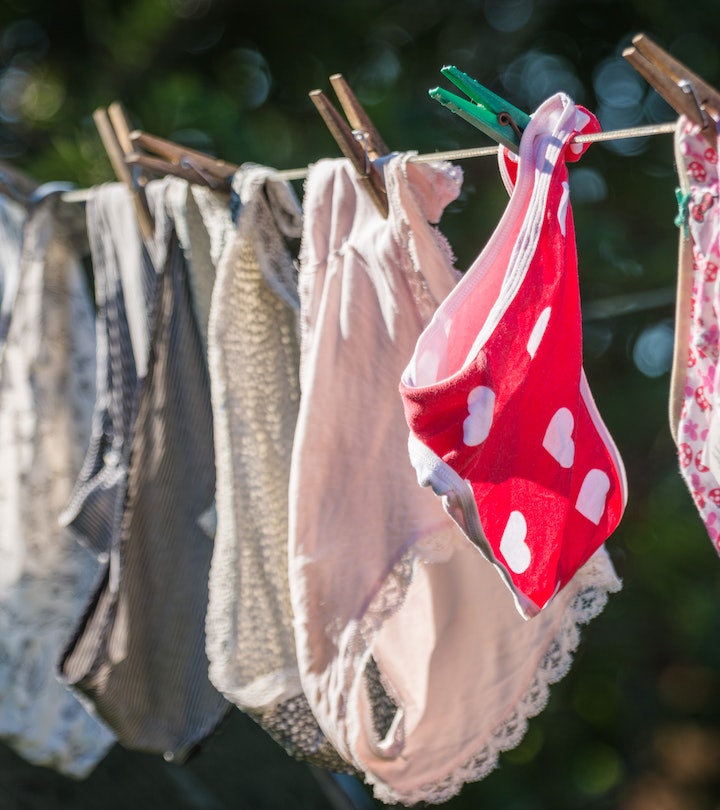 Why Does My Vagina Smell Sour? Vaginal Odors & What They Mean

Whether it’s the smell of roses or vanilla, everybody has their own signature scent — even for down there. But sometimes, all it takes is one whiff to know that something is amiss. If you’re wondering what various vaginal odors may mean, or why your vagina smells sour sometimes and “fishy” sometimes, you should know that — whether they’re accompanied by vaginal discharge or not — most vaginal smells are quite common and nothing to be concerned about. “There is a wide range of normal when it comes to vaginal odors but some odors can be indicative of an infection or pH imbalance,” says Dr. Kirsten Phillips, an OB-GYN at Corewell Health. Because some smells can indicate an infection, while others are from sweat or normal vaginal secretions, as Phillips explains, we asked OB-GYNs to explain — smell by vaginal smell — exactly what’s normal, what’s not, and when to call your doctor.

A “sour” smell & what it means

Often described as “tangy” or reminiscent of fermented foods, many people have experienced a sour smelling vaginal odor before. But what does that sour smell indicate? “A sour smell may be a variation of normal for that individual,” says Phillips. However, if the smell is new and strikes you as out of the ordinary, you may want to put in a call to your doctor. “I have also seen it associated with an overgrowth of yeast,” Phillips explains. “In general, when it comes to vaginal odors, I advise observing for a day or two before seeking evaluation unless it is clearly abnormal.”

A metallic or copper-y smell & what it means

Occasionally, you may pick up on a slightly penny-like smell coming from your vaginal discharge, and there’s probably a very simple explanation for this. “A metallic smell, in my experience, is indicative of the presence of blood, as blood contains iron,” says Phillips. This is, no surprise, most likely related to menstruation, and not likely a cause for concern.

A “fishy” smell & what it means

Unlike a sour smell or a metallic smell, a vagina that has a “fishy” smell may warrant a call to your doctor. “A persistent ‘fishy’ odor is classically indicative of an overgrowth of bacteria causing bacterial vaginosis or BV,” Phillips explains.

“What is bad about BV is that it can lead to a higher risk of acquiring and getting sick with STIs like gonorrhea and chlamydia,” Dr. Mary Jane Minkin, Clinical Professor of OB-GYN at Yale, explains. Apart from unpleasant odors, BV can be dangerous if you’re pregnant. In fact, one study found that there is a greater risk of going into preterm labor if you have BV.

How does bacterial vaginosis happen in the first place? Minkin explains: “The normal vagina has a significantly acidic pH (neutral pH is 7; a healthy vagina will have a pH of 3.5 to 4.5 or so),” she says. “If a woman’s vagina starts becoming more basic, it may lead to the growth of nastier bacteria which will create an environment that favors the growth of what we call anaerobic bacteria.” And this is what leads to bacterial vaginosis — and a fishy odor.

That said, there are many things that may cause a “fishy” vaginal odor, so you don’t need to freak out immediately if you notice one. If the smell is new, it’s OK to watch it for a day or two. “This odor can also be transient and caused by recent intercourse, taking a bath, or menstruation, so it is reasonable to wait a few days before having this evaluated. Interestingly, the name of the amine compounds that cause this odor are putrescine and cadaverine. Science is not without a sense of humor.”

Lastly, as careful as you are to take out your tampons, slip ups happen. And if that’s the case, you could smell something akin to a stench, says Minkin. “A forgotten tampon can have a really foul smell, like really dead fish,” she explains.

Is it normal to detect vaginal odor through clothing?

It’s normal to feel self-conscious about our bodies, and particularly about vaginal odor, but even if you can smell yourself through your pants, try not to worry. That, too, is so normal, Phillips assures. “We are almost always the only ones smelling our own vaginal odors. Even in the case of BV when that fishy odor is present. As bothersome as that is to us, no one else is usually able to smell it.” If you suspect you may be dealing with an infection like bacterial vaginosis, though, contact your doctor.

Is there a way to get rid of vaginal odors?

If you have an infection, your doctor will recommend medication, as needed. However, you should try not to focus on getting rid of vaginal odors themselves. “I do not recommend douching or any vaginal suppositories with the purpose of ‘cleaning’ the vagina,” says Phillips. “Cleaning on the outside over the vulva is usually not a problem for most people, but never clean inside the vagina. The vagina has a very unique microbial environment and cleaning inside of it often throws that off.” Step away from the vaginal douches, friends.

Your vagina is always going to have some sort of smell. Over time, you should become familiar with what is normal and what is not for your own body. “In general, if you are unsure about an odor you have been experiencing, ask your doctor,” suggests Phillips. Even vaginal odors that indicate problems are likely very manageable.

This article was originally published on July 5, 2017