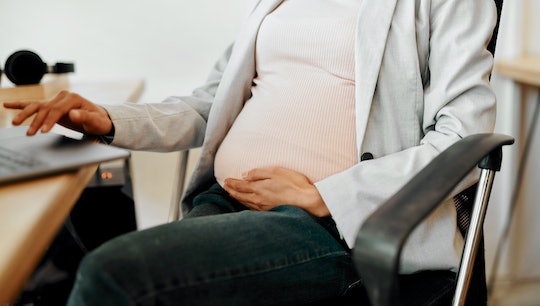 “A co-worker observed the lower portion of [her] stomach ‘come away’ from her body.”

A 43-year-old woman in Georgia is facing charges after allegedly faking multiple pregnancies to get paid time off work, according to a statement shared by the Office of the Inspector General (OIG) in Georgia. On Feb. 10, Robin Folsom, the former director of external affairs for the Georgia Vocational Rehabilitation Agency, was indicted by a grand jury in Fulton County on three counts of making false statements and one count of identity fraud.

The OIG said in a news release last week that Folsom told her co-workers and the human resource department that she was pregnant in October 2020, going on to announce that she had given birth in May 2021. She was given extra weeks of leave after the birth of her baby as a man claiming to be the baby’s father emailed her employer explaining that she needed extra time to recover. She was given approximately seven weeks paid parental leave under the Family and Medical Leave Act (FMLA). As a Georgia state official, Folsom reportedly made an estimated annual salary of around $100,000, according to WSBTV, and seven weeks leave would amount to approximately $13,000.

Folsom’s supposed pregnancy appeared to raise a few alarms even before she took parental leave. Prior to her departure, a co-worker reported in March 2021 that Folsom’s baby bump appeared to be fake as they “observed the lower portion of Folsom’s stomach ‘come away’ from her body,” according to the OIG’s investigation. Suspicions seemed to be raised even further when Folsom reportedly shared photos of her new baby with her fellow employees. “The pictures appeared to be inconsistent and depicted children with varying skin tones,” the news release said.

This was not the first time Folsom allegedly faked a pregnancy at work. The OIG said in its statement that Folsom told her employer she had given birth in July 2020 and claimed to be pregnant again in August 2021. The office’s investigation ultimately found that no birth certificate had been issued in listing her as a mother by the State Office of Vital Records. Additionally, a review of her medical and insurance records found that she had never delivered a child, the OIG said.

Folsom resigned in October 2021 after being interviewed by investigators and was indicted by a grand jury on Feb. 10 on three counts of false statements regarding her alleged false pregnancy and one count of identity fraud. A Georgia state official told WSBTV that the investigators didn’t find any evidence that the alleged father existed, presuming that Folsom made him up.

“Fraud by state employees will not be tolerated,” Attorney General Chris Carr said in the news release. “By working with Georgia’s independent Inspector General, we were able to discover, investigate and put an end to this alleged deception. We will always stand up to protect taxpayer dollars, and we look forward to presenting our case in court.”

As of press time, Folsom has not issued any public statements regarding the charges and allegations or spoken to any media outlets. If found guilty of all charges, The Washington Post reported that Folsom could face up to 25 years in prison and fined up to $100,000.