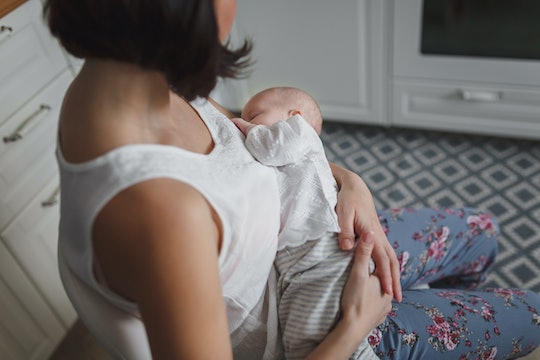 “I really did not have any other alternative except nurse my niece.”

What would you do if you’re alone with a hungry, crying baby and there’s no infant formula to feed them? One woman on Reddit, who happened to be breastfeeding, found herself in this tricky situation and decided to nurse her niece, but did so without asking her mother’s permission first. Now, her sister-in-law is upset and folks on Reddit are torn.

The woman recently took to the popular sub-Reddit forum “Am I The A**hole” to ask whether or not she was in the wrong for breastfeeding her 4-month-old niece while she was babysitting. It seems her brother and sister-in-law had come to town and left the baby in her care for several hours to attend a function. While babysitting, her niece began crying because she was hungry.

“During the time they were gone my niece starts crying because she was hungry,” the Reddit user wrote. “Unfortunately we ran out of formula and don't really rely on it in our household as I nurse my own baby most of the time. I really did not have any other alternative except nurse my niece which I did a few times because they were gone for quite long.”

The Reddit user went on to explain that she would not have been able to run to the store to buy more formula with two babies with her, otherwise she would have given the little one a bottle. And when the couple returned from their outing, the Reddit user explained that she had nursed their daughter — and her sister-in-law was not at all impressed.

Woman who nursed her niece is having second thoughts.

“SIL looks at me sternly with a hint of disgust and berates me for nursing niece,” the woman recalled in her Reddit post. “I did not retaliate because I was too shocked at why she would be so agitated when all I did was feed her child.”

Many Reddit users rallied behind the baby’s aunt, whose sister-in-law has not been taking her calls since the incident. “If you want your baby to drink formula — pack the formula,” noted one, while another added, “if your brother and SIL left you with pumped milk or formula and you went against that and nursed you'd be the AH, but they left a baby with you for hours and didn't leave any food for her. Your options were to let an infant become hysterical from hunger or feed her.”

Still, one Reddit user was “on the fence” about the issue. “It does seem wrong for someone to nurse someone else’s baby without permission,” they chimed in. “BUT it was SIL’s responsibility to pack formula for her child to make sure the child could be fed. I’ll go with ESH [everyone sucks here] because there could have been communication about this prior to SIL leaving or you could have texted her to let her know. Still, you’re a new mother with 2 babies to watch and probably exhausted.”

It is not terribly uncommon for some mothers to choose to “cross-nurse,” particularly adoptive moms who are trying to stimulate milk production or those who are need a strong milk supply while their own baby is too sick to breastfeed, as Very Well Family explains. The difference here being that these mothers have chosen to breastfeed another person’s baby; this sister-in-law was not asked. Perhaps, in this case, a bit of communication might have helped.