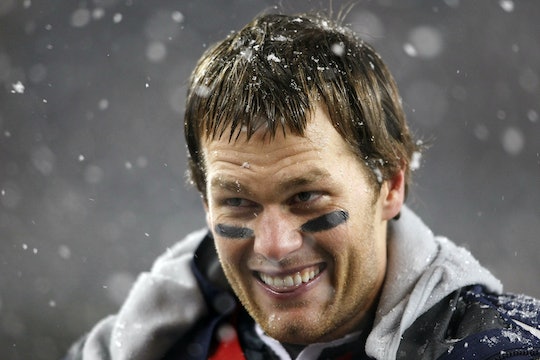 Super Bowl LIII is almost here, which means it's time to dust off your favorite anti-Patriots memes because everyone is officially a Rams fan now. Look, I'm from Atlanta, so I can't technically root for anyone but the Falcons per my husband, but if they're not on the field fighting for the Lombardi trophy, then I have to go with the lesser of two evils. And when that comes to the Patriots and the Rams, it's definitely the Rams. Actually, the lesser of two evils is any team other than the Patriots.

OK fine. I know there are some New England Patriots fans that feel very strongly about Tom Brady and his status as one of the greatest quarterbacks of all time. But you know what? The rest of us are very tired of seeing New England win all the sporting events. (And I don't just mean us Atlanta fans that are still licking our wounds after 2017.) Boston literally just won the World Series last year, and they have more than enough Lombardi trophies to keep themselves occupied. Also, do we even have to discuss Deflategate? Let's face it — no matter what team you usually root for, there's room on the Rams bandwagon this coming Super Bowl Sunday. And, as always, there's plenty of room for anti-Patriots memes.