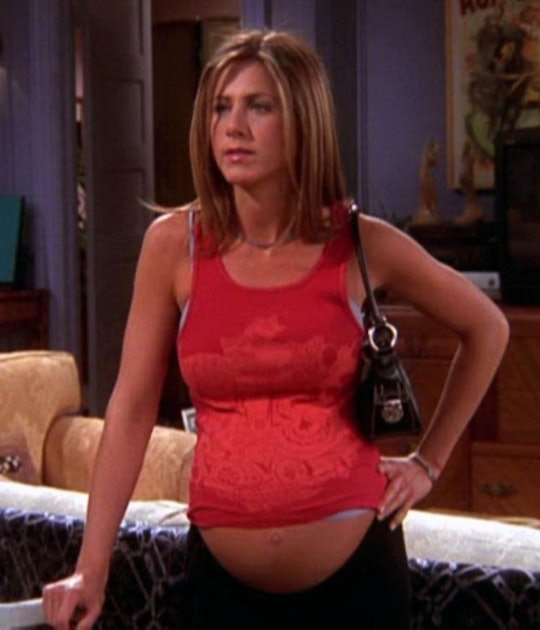 10 Creative Responses To All Those Annoying "No Baby Yet?" Texts When You're Past Your Due Date

Getting to the end of any pregnancy generally feels like the last few blocks of a marathon: The end is in sight, but it feels even farther away than when you first began the journey. Time stretches out in a strange way, and everyone becomes obsessed with that baby coming out (including you; especially you). That's why going past your due date is pretty much the worst form of torture ever. (Shhh, allow me to melodramatic for just a moment. I went past my due date. I deserve it.)

When I first found out I was pregnant, I did some mental math and figured out when I thought I would be due. Then I went to get my first ultrasound, and they told me it was nearly a week earlier that my calculations had told me. Even though I knew the timing of conception couldn't really have worked that way, I believed them. So when my "official" due date passed and people began asking if I'd had the baby yet, I started to lose it a bit. By the time I went into labor, six days after my due date (and just one day after the date I had calculated), I was answering in all kinds of creative ways.

I'll tell you right now: Answering this question in the same boring way every time is not nearly as therapeutic as the suggestions I've made below. Because, let's be honest, determining due dates isn't an exact science, despite the weight that everyone puts on them. Best to approach your due date with a sense of humor and some patience (and since patience will clearly fail you sooner rather than later when you're a million months pregnant, it's best to rely primarily on the humor).