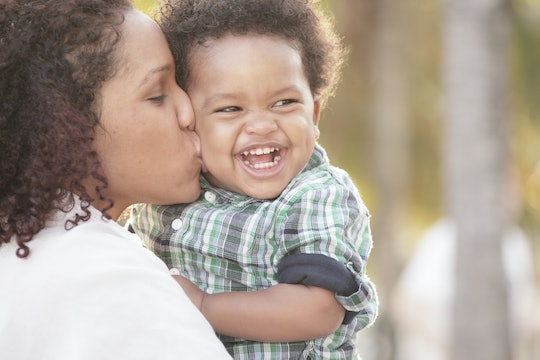 Here are nicknames I have for my kids when they're not within hearing distance: "monsters," "hobgoblins," "pervs," and "mommy's little creepers." Don't judge. Don't judge. I don't call them that to their faces, and I certainly don't mean them maliciously. However, I will stand by all of them (in a cheeky kind of way) because my kids, your kids, indeed all kids, can be super creepy. Thankfully, so much of the creepy things kids do mean that they love us. At least, that's what I'll tell myself, over and over and over again, to make it all seem less creepy because, well, I've lost enough sleep over my children. I refuse to lose anymore.

Seriously though, kids are just walking talking bundles of pure emotion and knee-jerk reactions. They have absolutely no concept of propriety and so, to adults who have spent decades training themselves to conform to a very particular social standard, their flagrant disregard can be (at times) upsetting, awkward, awkwardly hilarious, and, yes, creepy as hell. They're also navigating a world that is entirely new to them, so they literally don't know what to do or how to behave in the face of new emotions, challenges, or situations.

As a parent, you loom gargantuan in their lives and, often, they don't know what to do with all the emotions that reflect your presence and how important you are. As such, they wind up expressing themselves in very bizarre ways. Now, when I say these things are creepy, they're only part creepy. Usually they're pretty darn adorable, too, in their own way, so that almost immediately makes up for how creepy your children are, right?