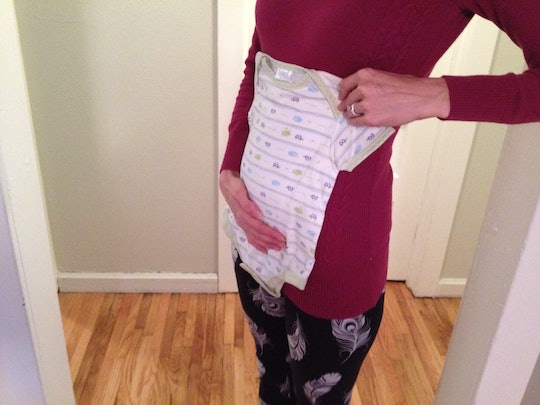 10 Fights Every Couple Has During The 1st Trimester

Let's be honest: early pregnancy doesn't always bring out the best in people. Now, I've heard of some magical unicorns who love every minute of those first three months, but for the rest of us (and our partners), it's straight up misery. Unless your partner's had a baby, they can't possibly know what you're going through, and you're not exactly flush in the patience, understanding, and reasonableness department. That's why there are fights every couple has in the first trimester. Fortunately, most of these disagreements aren't deal breakers, and looking back, they're kinda hilarious.

Truly, my husband was a pretty stand-up dude most of the time, but that doesn't mean we didn't have our moments. We conceived almost immediately following our wedding because, you know, why not give our fledgling marriage the ultimate test? And test it we did. The worst was when my husband was hospitalized. His arm had swollen up and he'd refused medical attention. When he finally went in to the doctor, he was diagnosed with a staph infection. I was furious and accused him of exposing his wife and unborn child to something that's not only contagious, but involves boils and oozing blisters.

We worked it out, but not before I came home from work to see him packing to spend the night at our vacant rental home. It was rough, but our relationship came out of it stronger than ever. Because when you find the person who will hold your hair back and deal with your crazy, you've got your keeper. Try to remember that when they're sleeping soundly while you've gotten up to pee for the seventeenth time.