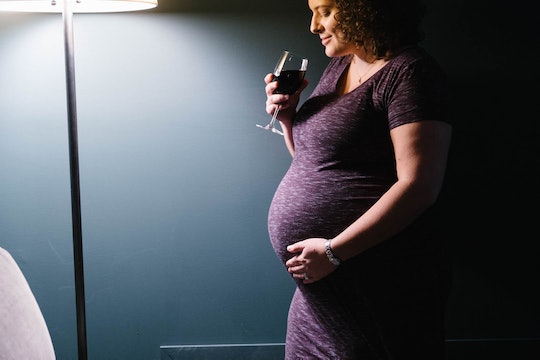 11 Times The Pregnancy Police Need To Back Off

I don't need to explain the Pregnancy Police for you to know exactly the kind of people I'm talking about. We've all had a brush with them, whether it was your friend who is really into crystals telling you to give up wearing underwear during your pregnancy because panties are full of toxins, or your annoying cousin side-eyeing you for eating a cupcake. For the most part all pregnant women have been written a ticket the Gestational Guard, which is why here are times the pregnancy police just need to back off. Oh, and by "back off" I mean "realize they're not actually experts or police and stop trying to control someone else's body and experiences."

Look, I don't doubt that in many instances these self-appointed guardians of mothers and fetuses mean well. Neither am I saying that anyone with a helpful suggestion (or suggestion that attempts to be helpful) is a member of this infamous band. All too often,though, someone with a little bit of information or personal experience projects onto everyone they know, essentially taking their own point of view or readings or understanding as a hard and fast law that everyone should follow. That's not how pregnancy (neither the physical aspect let alone the emotional aspect) works, though.

Yes, the pregnancy police are always writing people up for something, but let's turn the tables and call them out on their transgressions against maternity!