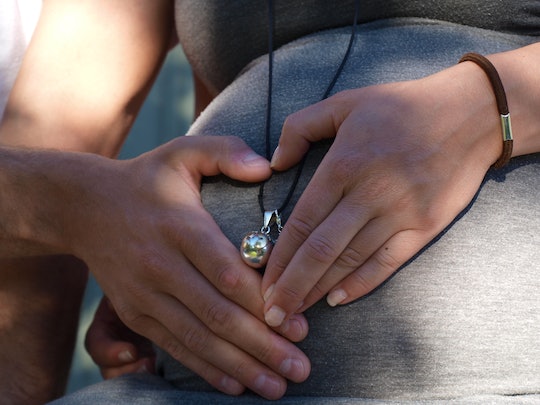 During my pregnancy, it became pretty (and rather quickly) apparent that people really like seeing pregnant ladies going about their days. Like, to the point that people will stare and unapologetically comment on things that, well, they have no business commenting on. Honestly, there are things people say to pregnant women that they don't say to anyone else and while I get that people and it's almost endearing it's also, like, just no.

Please trust me when I say that while you might be struck by a pregnant woman's beauty (and I get it) she is probably not feeling that way and asking her a bunch of intrusive questions or throwing somewhat (or downright) inappropriate comments her way will not, contrary to popular believe, change that. Like, thank you for your kind words and smiles and for telling me how great it is to have a tiny person around, but I’m seriously just uncomfortably standing here while my partner and I wait for a table and I just want all the food I, don’t want to be rude, but this is the third time I’ve had this conversation this week.

Anyway, for whatever reason, people lose their filter when they see a pregnant lady for better or for worse. I can't say that every pregnant woman doesn't like hearing how pregnant she is, every now and then, but I can say that people say things to pregnant women that they most certainly wouldn't say to anyone else. It's kind of annoying and sort of cute and, well, it's up for every pregnant woman to decide whether or not it's welcomed or shunned.