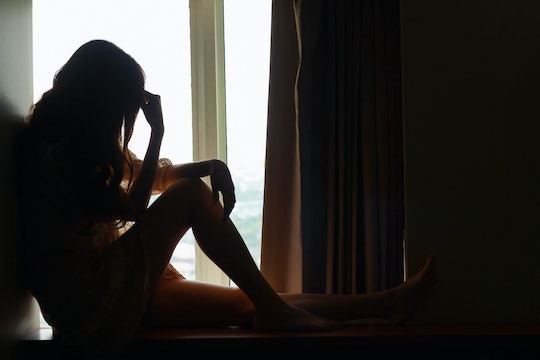 10 Kinds Of People That Can Make Your Anxiety Worse

Prior to the loss of one of my twins, 19 weeks into my pregnancy, I viewed anxiety just a bad case of the worry warts; something you simply get over if you're mindful and practice a few breathing techniques or, you know, simply calm down. Then I experienced a loss so damaging to the core of every belief I had, and anxiety became a very real part of my life. I realized that anxiety isn't something you just "get over" and anxiety attacks are very real and there are certain types of people that can make your anxiety worst. Basically, I was forced to eat my words and swallow my naivety and issue sincere and heartfelt apologies to far too many people.

After my remaining twin son was born happy and healthy and seemingly flawless, I began experiencing intense panic attacks. I couldn't sleep, for fear my son wouldn't wake up, and I spent the majority of my postpartum days envisioning a multitude of grotesque and horrific ways in which my son could potentially die. I didn't feel comfortable driving or going outside or taking a stroll into the city; all things I used to absolutely love doing. Everything I even contemplated doing that didn't involve moving from the bed to the couch to the bathroom and back again, made me uneasy and afraid and unable to function at a level I was previously used to.

I realized that my anxiety wasn't normal and the anxiety attacks I was experiencing (that I was convinced were heart attacks until my partner walked me through them, having experienced them himself) were not common reactions to motherhood. As I stared this realization in the face, I started opening up and talking to more people about my anxiety. This is when another, perhaps even more harrowing realization, was made: there are people who won't help your anxiety but will, in fact, make it worse. There are people that either cannot, or do not want, to understand what it feels like to live with and battle with and work through anxiety. There are people who refuse to be mindful enough, kind enough, understanding enough or supportive enough, to help you deal with everything anxiety throws at you.

Which is why, when you come across these 10 types of people that actually make your anxiety worse, the best thing you can do for yourself and your continued health, is to cut them out of your life (if you can). Ending any kind of relationship can be hard, but having someone in your life that makes your anxiety worse is, well, exponentially harder.