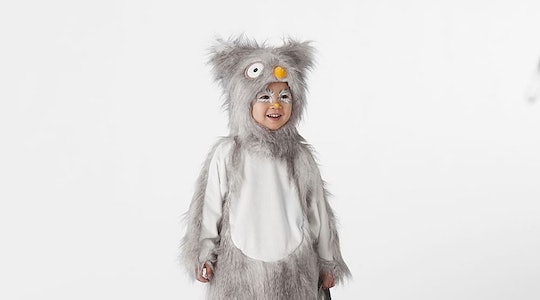 Back when I was a kid, there were basically two options when it came to Halloween costumes: Either you wore something from a cardboard box that looked like it was made out of a plastic tablecloth (with a scratchy mask you couldn't see out of at all), or your mom got a pattern at the fabric store and stitched you a costume herself. My mother is a whiz with a sewing machine, so I was one of the lucky kids in the latter category. But thanks to the high quality Halloween costumes at Pottery Barn Kids, today's trick-or-treaters with non-crafty moms aren't doomed to wear stiff, uncomfortable, mass-produced disguises. And this year, the options are better than ever.

In fact, the biggest challenge about getting a Halloween costume at Pottery Barn Kids is narrowing your choices down to just one. (Unless you have several small children, in which case the possibilities for group costumes are just ridiculously adorable.) There are some who would argue that babies are the most fun to dress up on Halloween, as almost any costume on a baby is so cute it hurts (and it's up to you to pick which one). Others would say it's more fun when kids are old enough to choose their own disguise. One thing's for sure: Whether costume shopping this year is a solo or collaborative effort, you're guaranteed to find something unforgettable.