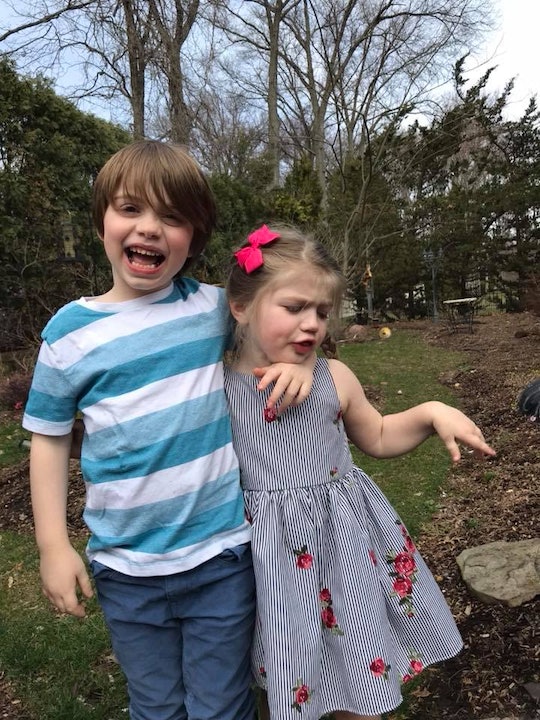 I have a soon-to-be 7-year-old son and 4-year-old daughter and they love each other. In the past year or so I've seen their cordial but casual relationship blossom into a real and lovely friendship. They play together, they make friends on the playground together, and, yes, they fight together. At first I would intervene as soon as I heard raised voices and try to mediate between competing interests as fairly as possible. But, after a while, I stopped. I let my kids fight and, honestly, I'm never going back.

Don't get me wrong, if I can hear things starting to go horribly awry (which is actually less frequent than you'd think) I'll come in to serve as the voice or reason. But I learned pretty quickly that, for the most part, my kids can handle interpersonal conflict on their own.

Letting my kids hash things out, and without my constant supervision, was more of an accidental discovery than a principled decision. One day I heard them having a row up in their room and it was one of those days when I just couldn't deal anymore. I took a little time to gather some mental fortitude to go and break it up when, suddenly, I heard the screaming had died down and they were: talking. Within minutes they had come to an agreement. So when I stopped long enough to consider implementing this new tactic full-time, I threw caution to the wind and gave it a whirl. Turns out, they can learn some very valuable lessons when they're fighting their own battles. So, no, I'm not even a little bit sorry for letting my kids fight, and here's why:

More Like This
The 4 Main Parenting Styles & Which Is Best For Kids
The 35 Top Toys For 3-Year-Olds
If Your Kids Love Their Elf, You Don't *Have* To Put Him Away On Christmas
20 Ways To End Your Elf On The Shelf For Good