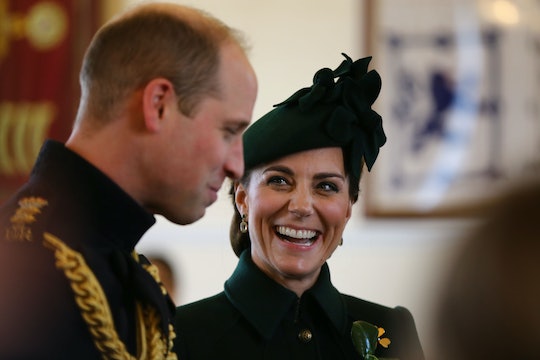 10 Royal Family Protocols You Can Easily Apply To Everyday Life

It's not easy being a member of the British royal family. Apart from the whole business of governing the empire, there are loads of rules of protocol the royals have to follow in order to maintain their dignity and their standing within the family. From wardrobe to table etiquette to PDA, there's barely a moment in the day when a prince or duchess doesn't have to be keenly aware of putting their best foot forward. Some of them seem a little over-the-top to us commoners across the pond, but others are actually ones we can get behind in our own lives.

Some of the royal rules are ones that our own moms tried to instill in us, such as the proper way to hold utensils at mealtime (knife in right, fork in left; lay them side-by-side on your plate when you're done). Others are more specific to the family and have a practical explanation. For instance, according to Harper's Bazaar, they don't serve shellfish at royal meals, since it's more likely to cause food poisoning than other dishes. The royals always carry a black outfit while traveling in case they need to attend a funeral unexpectedly, and they're forbidden to talk about politics publicly (although one can only imagine what they say about it in private).

Here are some of the royal rules that we could easily appropriate into our own lives. Put on your fascinator and read on: