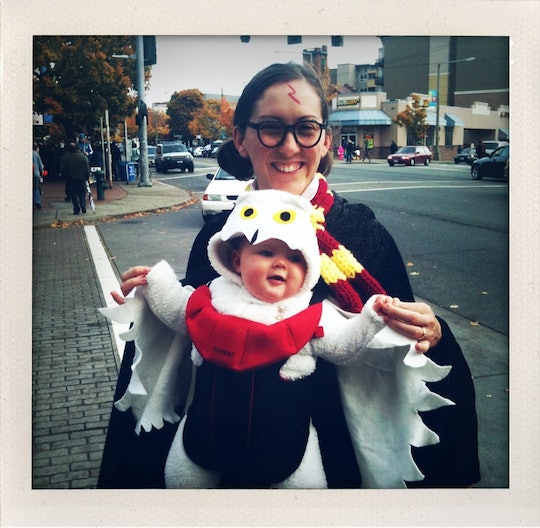 10 Signs Your Kid Is A Hufflepuff, Because This Changes Everything

When I was in college, some friends and I were discussing which Hogwarts House we would be sorted into (as you do). Kyle — outgoing, spirited, and bold — was a Gryffindor. Scheming, surly Garrett was a Slytherin. I put myself in Ravenclaw, because I fancy myself creative and witty, if a bit off-beat. When it came to sorting our pal Steve, he looked up at us with big, brown, questioning eyes: "Steve," Garrett said, "You're a Hufflepuff. In fact, the best description I can think of for you is "Steve, that guy from Hufflepuff.""

At the time, it was good-natured, but definitely a barb. There's been a lot written on the fact that "nobody wants to be a Hufflepuff." As a house, it's not the power of the witch or wizard that matters so much as an attitude of always trying their best and being cheerful, which can erroneously lead people to believe that Hufflepuff is a house of upbeat dimwits. But the House of the Badger has in fact produced some renowned, badass wizards including Cedric Diggory (RIP, Diggs) and Nymphadora Tonks-Lupin! Hufflepuff, in short, is awesome.

Also, my daughter is totally a Hufflepuff, so I'm biased. So's my mom, who is basically the real-life Helga Hufflepuff. Yes, these are things we discuss in my family, because Hogwarts is totally real. I'm just still waiting on my letter. It must have gotten lost in the chimney. I'll ask Santa to take a look for it next time he's in there.

How can you tell your little one "might belong in Hufflepuff?" Well I'll tell you.