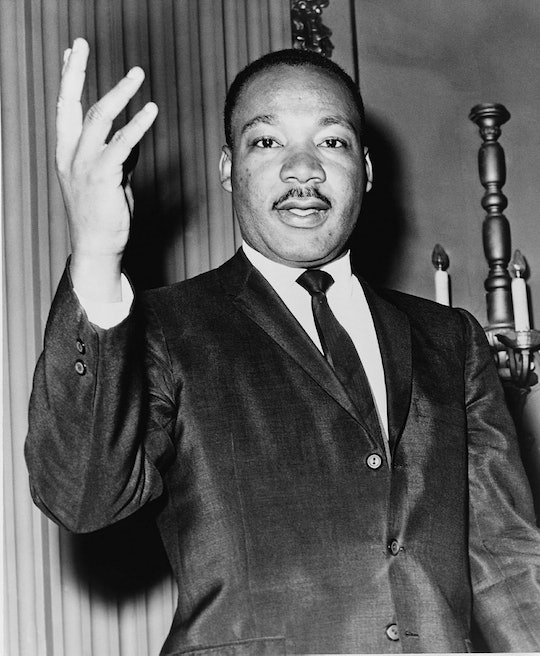 What Parents Need To Know About MLK, Jr.

Every year on the third Monday in January, Americans commemorate the life of the Reverend Dr. Martin Luther King, Jr. And every year, Americans are often subjected to wildly inaccurate misrepresentations of Dr. King’s words and work, particularly by politicians working to directly undermine many of the causes he lost his life by promoting, but also by teachers, parents, and otherwise well-meaning folks who’ve only been taught watered-down versions of Dr. King works. That said, if we as a nation and as parents care about realizing his vision of equality, there are certain things parents need to know about Martin Luther King, Jr. in order to pass these beliefs down to their children.

Far from being the hollow emblem of “tolerance” many people know him as today, Dr. King described himself as “more socialistic in [his] economic theory than capitalistic.” He was committed to building a fundamentally different kind of society than the one we live in, a commitment that frightened many political leaders and ordinary people at the time. Part of why the feel-good, mythical image of Dr. King is such a tempting distraction is because, for most Americans, it's easy to support the idea of little black boys and girls playing with little white boys and girls. It's harder to recognize the fact that no matter how well they play together, those boys and girls will have radically different freedoms and opportunities in life, so long as we allow the rest of the society to remain fundamentally unequal.

It's worth noting that Dr. King himself was not a perfect person, which is why it's also important to recognize that he isn't and shouldn't be held up as the only or most important leader of the Civil Rights Movement. A classic example of the need for an intersectional understanding of all social issues, King wasn't nearly as enlightened about gender and sexuality as he was about racial and economic issues. Like many people at the time, he thought homosexuality was a "bad habit," rather than one of many perfectly normal expressions of human sexuality. Also, like a lot of his peers at the time, he didn't see the importance of sharing leadership opportunities with women.

But despite his shortcomings, King still contributed some of the most significant analyses of economic and racial inequality Americans have ever encountered — ones which still ring very true today. He also helped develop practical theories of nonviolent resistance that were and continue to be important tools for achieving social, political, and economic equality for people of all kinds. Perhaps that's one of the most important lessons we can take from his life: a person doesn't need to be perfect in order to make a significant, positive difference in the world.

As parents who want to raise ethical kids in a deeply flawed society, we need to understand the reality of leaders and heroes like Dr. King. It's a dangerous lie to teach children he only had the ideas most people agree on now (like being friendly to people of different races), while leaving out the bigger picture of his advocacy for economic justice and political equality, which are crucial parts of ensuring that all people really can live together as brothers and sisters. If we and our kids are going to help realize The Dream we’ve all heard so much about, we need to understand the following: