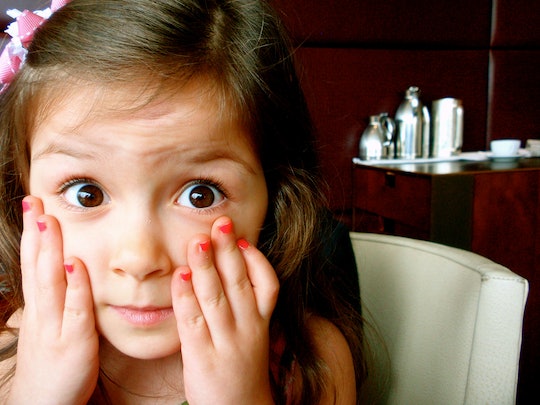 My son is only 18 months old and I'm already thinking about the impending (and probably multiple) conversations we'll have about sex. Even now, when I'm changing his diaper or giving him a bath, I refer to his reproductive parts by their anatomic names. His penis is not a "pee-pee" and his butt, well, it is just a butt. He'll know what a penis is and what it can do and how he can use it, and the rest of his body, to express himself sexually when he is ready. In fact, I'd venture to guess he'll learn this all at an earlier age than most kids, partially because ~The Internet~ and partially (hopefully mostly) because he's growing up in a house where bodies and sex are just normal parts of what we talk about.

As a woman and a feminist, I believe it is important that I'm open, honest, factual, and stigma-free when it comes to sex and my son's sex education. I don't want him to view sex as a "scary" or "taboo" thing or anything other than a responsibility that he can take on when he is ready and when he is with a consenting partner (or by himself before that). I don't want to attach a sense of personal self worth to the idea of sex, or do anything that might otherwise perpetuate the idea in my son's mind that he needs to have a lot of sex in order to be considered a "man," or that women who have a lot of sex are somehow less than or worthless or "ruined."

See? I have a lot of bases to cover.

Which is why the "sex talk" will be extensive, informative and probably longer than my son will want it to be. However, as a feminist, I also know that what I choose not to tell my kid about sex is arguably just as important as what I do choose to tell him. With that in mind, here are a few things I won't be telling my child when it comes to sex.