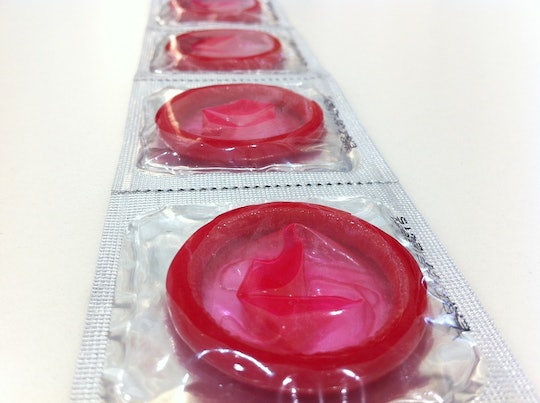 My mom and I still laugh about that time I got "The Talk." Please allow me to set the scene: I walk in from school and wanted to go play, but my mom said, "No. I need to talk to you. You're not in trouble, we just need to talk." Ummm... OK. But we don't talk in my room, or the living room, or kitchen, which are the three places it would make sense to have a discussion. We talk in my older brother's room, which was covered in Kiss posters. Literally. Posters were tacked up floor to ceiling, and the ceiling had Kiss flags pinned up to create a tent effect. (Dude was really into Kiss.) Why? Because his room has a VCR. This will be a clutch detail.

"What do you know about sex?" she asked. She spat out the sentence in a rushed exhale, the verbal equivalent of ripping off a Band-Aid to get it over with. My heart stopped. Something inside of me was set on fire, but not in a good way. It was like an embarrassing and mischievous leprechaun snuck into my body through my ear, ran to my core, doused it in gasoline, and lit a match giggling.

Which was true. But not as true as I wanted it to be while talking to my mom, who had never said a thing to me about sex until this moment. Like many 8-year-old girls, what little I did know had been the subject of discussion, conjecture, and awkward Barbie games with my friends for a while now. I was convinced my mom had somehow found out about all this and was about to confront me about it.

She had not and was not.

She went on to say, in one mortified, jittery sentence, what a period was, where babies came from, and what maxi pads were. She was so nervous that none of it made sense. Oh, but don't worry: She had a video. A special cartoon made for kids to explain these things called Where Did I Come From? So I sat and watched all 27 minutes of naked cartoon characters, surrounded by the painted faces of Kiss and Gene Simmons' horrifying tongue.

As funny a memory as all this now, I never want to have "The Talk" with my son and daughter. I want discussion of sex, bodies, consent, and health to be within the wheelhouse of things it's always OK to speak about honestly and routinely. When my kids have questions about any of these issues, I don't want to push it to the side until one designated "sex talk." I want to give them straightforward, accurate information so that when they go out into the wide world they can approach sex without shame or misinformation, both of which make for not only horrible sex but dire consequences.

Of course, there are those who consider any discussion of sexuality with kids and young adults, at any level aside from "don't do it" as perverse and wrong. Here are some of the common ones sex positive parents have to deal with...

More Like This
Sex And Mom Guilt: When I Date Someone New, Am I Cheating On My Kids?
18 Fun Mother & Son Halloween Costume Ideas
24 Amazing Harry Potter Costumes For Fans Of All Ages
12 Helpful Tips For Hiking With Kids