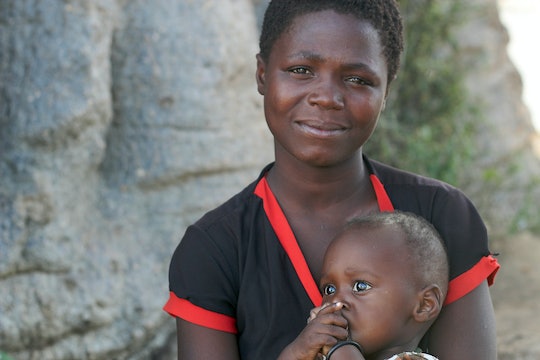 When I gave birth to my son four years go, I was the first of my friends to have a baby. One of the most common refrains I heard among my childfree friends —male, female, single, coupled, married, gay, straight, older, younger, and all races — was this: "You're a mom! I can't believe you're a mom!" It struck me, and continues to strike me, as a weird thing to be on the receiving end of. Because implicit in their bemused declaration is the idea that something within me had changed. And even now, four-and-a-half years and a second child later, I truly feel that I'm the exact person I was before. Becoming a mother didn't alter my brain chemistry or personality. (Except for the part of my brain that used to hate beer; I popped out a kid and suddenly loved the stuff. Whodathunk?) I'm just... me plus kid. But hey, motherhood changes people in some cases, and that's totally fine, too! Of course like anyone else, I couldn't have known which end of the spectrum I was going to fall on before my kids came into my life... and that in and of itself can be a source of worry.

Look, it's totally normal to be worried about EVERYTHING before you have a baby. Worried about your child. Worried about what kind of mother you'll be. Worried about what you will lose of yourself as you move through your parenting journey. But you know what, ladies? You've got this. You're a grown-ass woman! And do you know what grown-ass women do? They fake it until they make it if they have to and they go with it. They listen to the fierce little voice inside their heads (I imagine she sounds like Beyoncé or Ruth Bader Ginsberg) and embrace the experience as it unfolds. Or they fight against it if they have to.

Again, I'm almost five years into parenting now and there are still times where I have to repeat my mantra of "You are a grown-ass woman, and you can do this." I'd venture to say my own mother has days like that, and her youngest child is 25. So even when you don't feel like a grown-ass woman... just think about what one would think or do and try your best to go with that. So what does a grown-ass woman worry about? Honestly, the same as the rest of us. But here are some of the things she eventually learns she doesn't have to worry about.