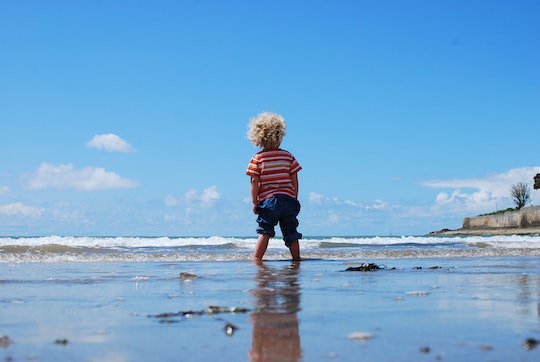 10 Things I Hope My Baby Thinks About My Parenting

When asked about what I hope my baby thinks about my parenting, the simple answer is, “That I’m the most awesome mom of all time.” I mean, obviously, right? Would any of us not want our kids to think that? But when you get down to it and really think about that question, it’s not quite that simple. Sure, yes, I want my son to feel like he won the parent lottery (the same way I feel like I won the sweetest-baby-ever lottery), but I also want him to know that his mother is a human being. I want him to know that there’s work involved and it's not always easy and that I will make (and have made) so many mistakes. I want him to know that his dad and I are trying to adequately prepare him to deal with whatever life throws his way, and that I’m doing my best to make that happen. Most importantly, I want my son to know that my biggest priority is that he knows he is loved and that his parents believe in him and support him always.

And, you know, that he looks absolutely adorable in the overalls I insist he wears.

Seriously though, our son is reaching that age where he copies everything his dad and I do. So, not only am I not cognizant of what I’m doing for him and with him and to him, but pretty much everything I do in front of him or near him, as well. He’s too young for a phone, but I swear he’s recording me sometimes because I can’t believe he retains some of this stuff he hears and sees. So, now that I know just how carefully he’s watching and how much he's retaining, I’ve come to a few conclusions about what I hope he's thinking about his mother and the way I have decided (and attempt) to parent.