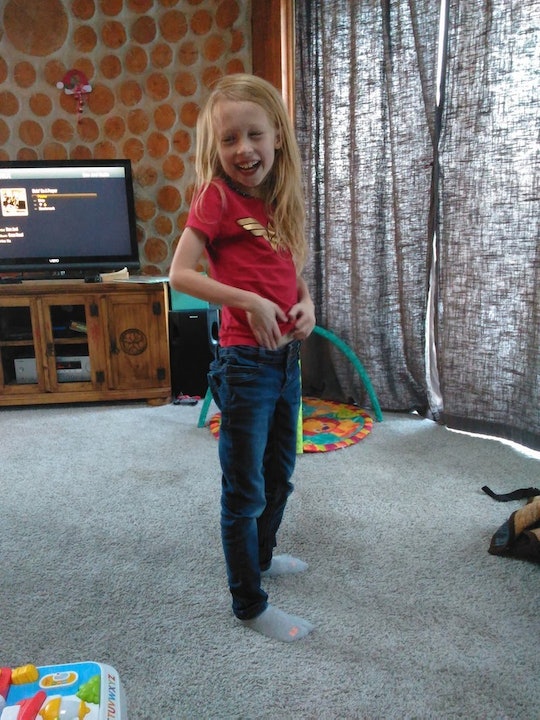 10 Things The GOP Needs To Know About My Trans Kid

I've been having nightmares about it since approximately 8 p.m. MT on Nov. 8. There are a myriad of reasons I worry about this new administration, but most present that night was my daughter, Lily. I don't pretend to think that if the current president, or anyone in his general vicinity, met my daughter it would change anything about what they plan to do to make her life a constant struggle. However, there are things I want Republicans to know about my transgender child. I do hope, perhaps with a bit of willful naïveté, that other people out there will continue to be exposed to awesome folx (an inclusive term used by the gender creative community to signify all people, not just those who conform to the gender binary) like Lily — people who are scared, disgusted, or apathetic to transgender rights, and I hope they'll allow their hearts to open for just a moment. I hope the more personal stories they hear, the more open their hearts will become until one day their hearts open so far and so wide there will be no shutting them again.

As bad as the fear was that night — the tunnel vision, the panic, the dissociation — the next morning was worse. That's when my sensitive and brilliant child's expectant, smiling face broke into terrorized tears. I didn't even realize she knew anything about "the other guy." We'd been so careful never to expose our children to the vitriolic hatred of President Donald Trump's rhetoric. I faced her with tears in my eyes and a tremble in my voice. I watched her face contort as I broke the news. "How could you let this happen?!" she asked me. "He hates girls! He hates trans people! He hates me!" It marked the moment my child's innocence was lost.

One night she looked at me with tears in her eyes, her voice shaking, and said, "Mama? When do I grow up to be a girl?"

Though the current administration rolled back federal support for transgender students' civil rights, we don't yet know exactly what this will mean moving forward. So while so much hangs in an imperfect, terrifying balance, what I do want to talk about is my child, Lily.