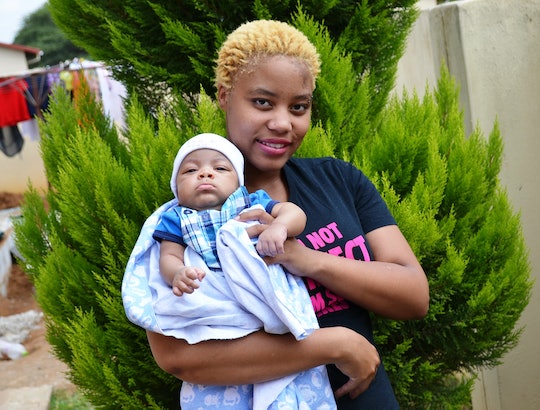 As any person who has ever been pregnant can probably tell you, the moment you announce to the world that you're expecting (either through verbal acknowledgement or a growing belly), your body becomes public property. Anything you do, don't do, say, touch, smell, or think all become subjects of discussion and scrutiny — whether you want them to be or not. It's basically the worst and you think, "Oh God, I can't wait until this is over so I don't have to deal with people being uncouth idiots anymore." To that I say, "Ever read The Monkey's Paw? Be careful what you wish for, little one."

For as soon as your baby enters your life, you get hit with even more inappropriate input from others. Waves of inappropriateness. Tsunamis of inappropriateness. Expecting a child (either via pregnancy, adoption, surrogacy — whatever) was just the gateway to this new world where people think manners are for chumps. Parenthood is basically The Land That Emily Post Forgot.

New moms have it hard enough, what with the new baby and (if they gave birth) massive physical changes going on in their bodies. Then they have to put up with the kinds of questions, statements, and opinions that would generally be recognized as inappropriate and overly familiar in basically any other setting. For example...